Hutchinson Middle School seventh-grader Bella Coonis was crowned “Chopped Junior” champion on the Food Network’s popular television show, where chefs ages 9 through 13 compete against each other for a chance to win $10,000.

Coonis said that the experience made her more determined than ever to delve deeply in the culinary arts.

“I’ve always known I wanted to be a chef,” Coonis said. “I want to get my hospitality degree and a master’s in business so that I can one day open my own family-style café and bakery.”

At 2 years old, Coonis trailed her mother around the kitchen. By age 7, she was cooking entire family meals and posting videos on YouTube. Soon, she was experimenting with culinary fusion, adding soy and oyster sauce to her tacos.

When family members saw an ad on Facebook for “Chopped Junior,” they encouraged her to audition.

“I wasn’t nervous in front of the camera,” Coonis said. “I had already started pretending to host my own cooking shows, acting like I was on TV.”

The producers liked what they saw. Soon, Coonis and her family were on their way to New York.

“Bella Coonis showed us that it’s never too early in life to pursue what you love,” Norwalk-La Mirada Unified Superintendent Dr. Hasmik Danielian said. “Bella has proven how driven she is, and understands the importance of how a college education can help her to become a stronger chef.”

The “Chopped Junior” competition brings together four young chefs to prepare three courses – appetizer, entrée and dessert – with ingredients kept secret until the contest begins. Coonis got off to a strong start, but while baking a cake for the dessert round, she cut her finger, which put her chances of winning in jeopardy. Temporarily unable to check her cake, it burned in the oven.

The resourceful Coonis simply sliced off the burnt section and waited breathlessly for the judges to reveal the top junior chef.

“When they announced the winner, my heart was pounding,” Coonis said. “I was star struck. I couldn’t believe it.”

Though the TV taping took up much of her time, Coonis and her family were able to visit the Statue of Liberty and the Empire State Building, and sample New York cuisine.

“New York was really cool,” Coonis said. “We found a restaurant, La Laterna di Vittorio, by accident, which had the best cheese lasagna. We had been walking around in circles and finally just decided to try out this hole-in-the-wall. It was authentic Italian cooking. I loved it!”

Coonis says her teachers and classmates were very enthusiastic and excited for her, but now that it’s over, she is back to studying, playing softball and swimming. Coonis plans to use her winnings to pay her way through culinary school, and has set aside a portion to take her family on a cruise to Mexico.

“I am excited that our District was represented by such a talented young woman,” NLMUSD Board President Karen Morrison said. “Bella is an example of the passion and determination that all of our students show on a daily basis.”

NLUMSD_CHOPPED: Hutchinson Middle School seventh-grader Bella Coonis was recently crowned champion on an episode of the Food Network’s “Chopped Junior” reality television program. Coonis will use the $10,000 grand prize money to help pay for culinary school and travel with her family. 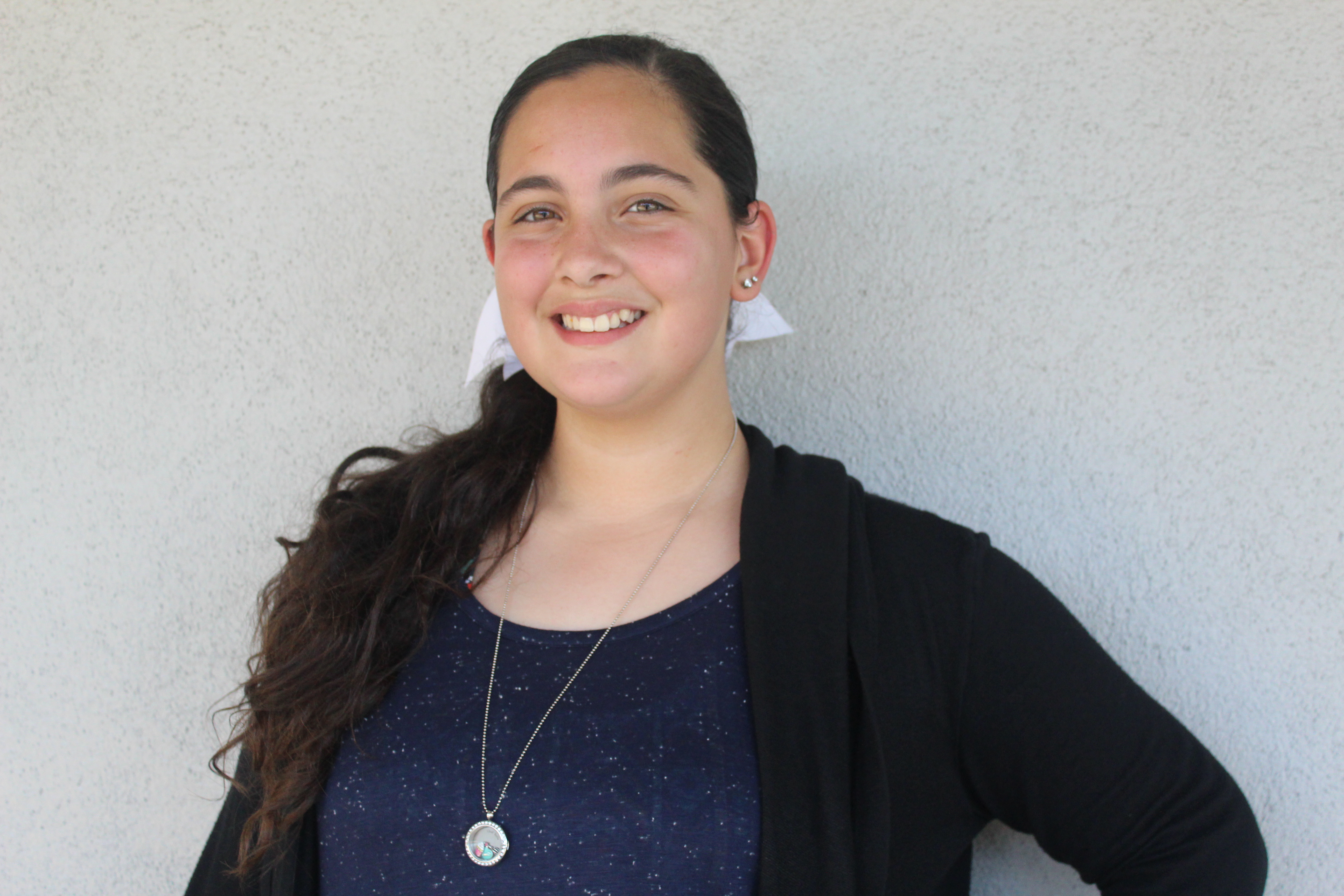