Best friends since their freshman year at Norwalk High School, seniors Celeste Larios and Kethzia Higuera will be two of only 1,000 high school students across the nation who will have the entire cost of their undergraduate studies covered through the coveted Gates Millennium Scholarship.

Larios and Higuera have pushed each other academically, earning a 4.99 and 4.6 grade point average respectively. Larios will attend Stanford to study environmental engineering and Higuera, co-valedictorian for Norwalk’s Class of ’16, will attend UC Irvine and study nursing. The pair can also request funding as Gates Millennium Scholars if they continue to a graduate degree program.

“We push each other. When one of us is struggling, the other will be there to offer words of encouragement,” said Larios, who admitted that when they are together, it can be a bit awkward for others. “We do finish each other’s sentences. Also, we tend to say the same things at the same time.”

Larios and Higuera first met the summer before freshman year at tennis camp. When they arrived at Norwalk High for their first day of school, they were seated next to each other in the same first period class and formed a fast friendship. They quickly became best friends, bonded by their desire for a safer environment and their dedication to academic excellence.

The two became heavily involved with Norwalk High’s Millennium Club, which focuses on promoting eco-friendliness. Though the Millennium Club is not affiliated with the Gates Millennium Scholarship, it acted as a springboard for their ambitions in higher education.

In addition to a full schedule of Advanced Placement classes, the pair assisted with the Norwalk High Friday recycling program, participated in beach clean-up days, supported the American Cancer Society’s Relay for Life with their Key Club peers, baked treats for the Ronald McDonald House and volunteered in the Compton Initiative, a non-profit committed to beautifying and restoring Compton.

“This is a wonderful story of two determined students who share a love for humanity,” Norwalk La-Mirada Unified Superintendent Dr. Hasmik Danielian said. “They have touched the hearts of teachers and fellow students alike. Congratulations to Celeste and Kethzia for being Millennium scholars.”

Inspiration to apply for the scholarship came from different sources. For Larios, her mother urged her to consider it after seeing her PSAT scores. For Higuera, it was Norwalk High counselor Vanessa Iaquinta.

“Ms. Iaquinta called me during summer break, urging me to apply,” Higuera said. “I thought, well, there’s no harm in trying. I am so thankful for her support.”

“I was more excited than Celeste was!” Higuera said. “It is great to share the experience with someone else. It would be overwhelming to do it alone.”

While Higuera will commute from Norwalk to attend UC Irvine, Larios will be miles away at Stanford. However, they plan to reunite during the 2016 Gates Millennium Leadership Development retreat in Santa Clara in November.

“Celeste and Kethzia epitomize the values and forward critical thinking we seek to instill every day at Norwalk-La Mirada,” NLMUSD Board President Karen Morrison said. “They are such a joy. Commendations to Principal Smith and his outstanding faculty and staff for encouraging their academic growth.” 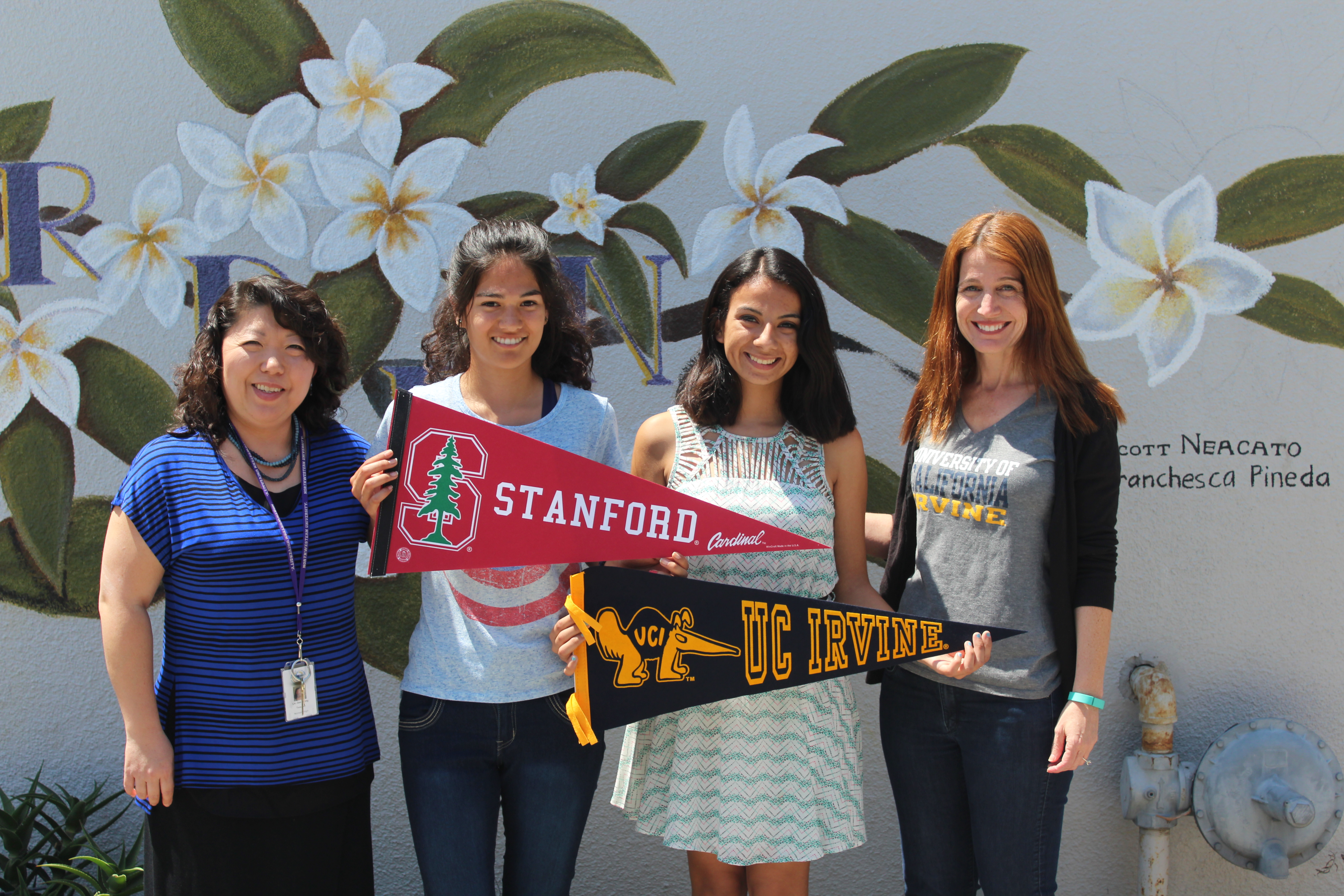