LA MIRADA – Nearly 30 student musicians from the Norwalk-La Mirada Unified School District joined the La Mirada Symphony on Tuesday, Feb. 18 to perform a musical salute to the United States at the La Mirada Theatre for the Performing Arts.

The students, who represent the District’s middle school Honor Band, played two pieces with the professional symphony: “The Courage March” and “Voyage to the Edge of the World.” They entertained about 300 elementary school students at each of the concert’s two shows.

“I feel good that I have the opportunity to come out here and play,” said Matthew Casillas, an eighth-grade bassoon player from Hutchinson Middle School. “This opportunity will help us learn how to perform in front of a large group, and how to play with other musicians.”

“The goal of the concert is two-fold: one, that our students who get to perform alongside professionals are encouraged to continue their studies with their instruments; and two, that the fifth-graders in the audience are moved to perform music when they reach middle school,” said Karen Calhoun, Visual and Performing Arts Coordinator for NLMUSD.

The hour-long concert featured a program of patriotic music, ranging from Morton Gould’s “American Salute,” to John Williams’ “Raiders of the Lost Ark” theme. To top things off, the symphony concluded with “The Stars and Stripes Forever.”

The La Mirada Symphony has teamed up with the District for several years to put on the program, which is designed to inspire both the student musicians, as well as the audience members.

“This is a fantastic opportunity for our students to showcase their talent, as well as learn from professionals who play the same instrument,” said NLMUSD Superintendent Dr. Ruth Pérez. “It is our hope that our elementary school students see this concert and aspire to be there one day.”

“Norwalk-La Mirada is known as the District that really fosters artistic talent, whether it’s performing or visual arts,” said NLMUSD Board President Margarita Rios. “Getting invited to play with a professional symphony and doing so very well just shows that our students are getting the guidance, tutelage and the encouragement to really hone their craft.” 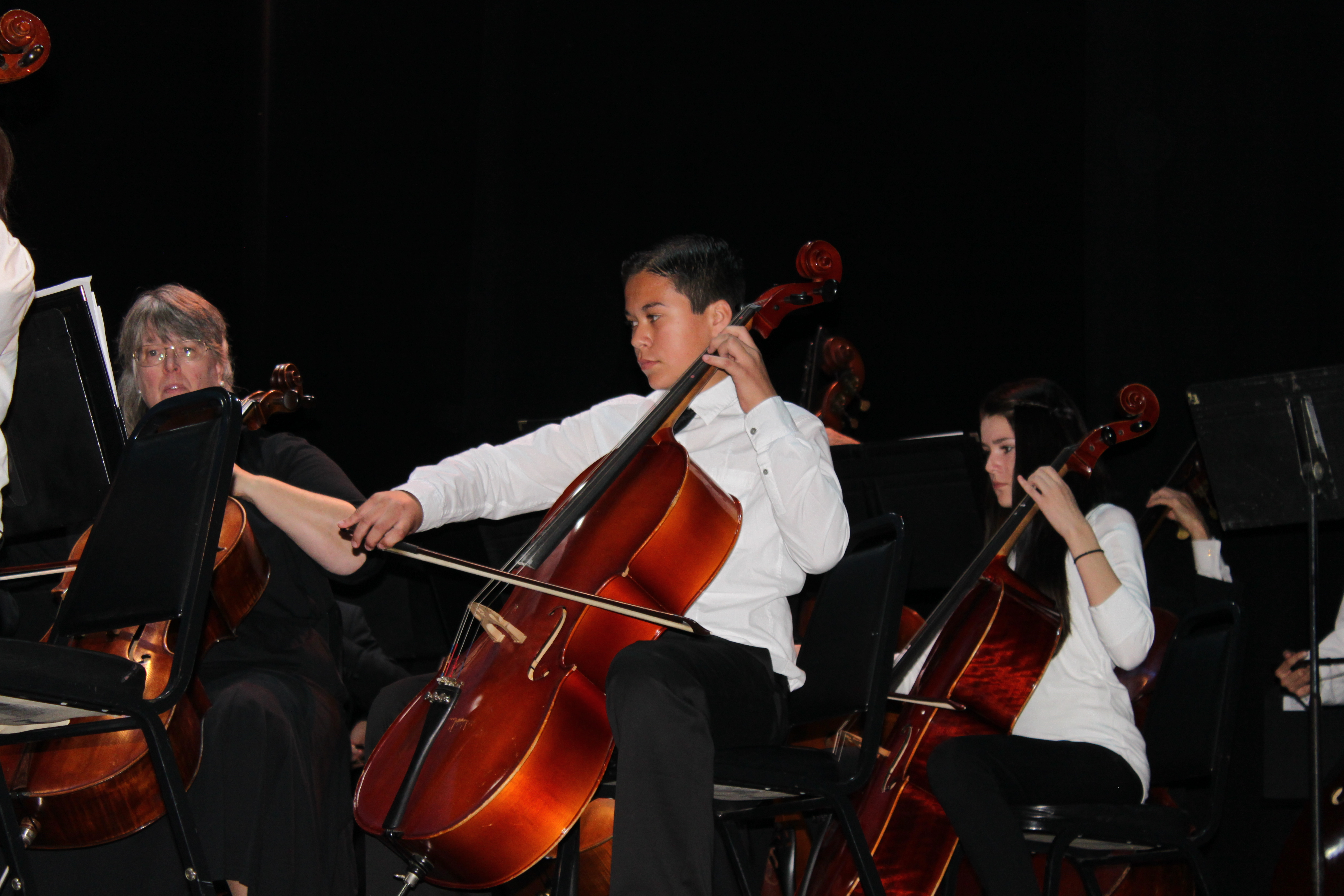