LYNWOOD, Calif. – New solar panels being installed at 11 sites across Lynwood Unified are projected to reduce the District’s energy bill by 12 percent at those sites and make an impact on the District’s carbon footprint.

The projects, which began in November and are expected to be completed by mid-April, are being funded at no cost to the District.

“As educators, we always want to model good citizenship for our students,” said LUSD Board of Education President Briseida Gonzalez. “This is a great opportunity to make a positive impact on our environment while also producing a cost savings for Lynwood Unified.”

The solar panel projects are expected to generate approximately 2.9 million kilowatt-hours per year, which is equivalent to the energy consumed by 284 United States households in one year. These clean energy system also reduces the District’s carbon footprint by 2,040 metric tons of carbon dioxide – the equivalent to the amount of carbon sequestered by 1,700 acres of U.S. forests in one year.

Solar energy is 100 percent clean energy, whereas the energy produced by traditional energy suppliers is generated by burning fossil fuels such as coal, gas, or oil – all of which emit harmful pollutants into the environment.

“With the installation of these solar panels, we will generate energy that is discounted at 12 percent less than what we currently pay for lights and other electric-powered equipment we need to operate our schools,” said LUSD Superintendent Paul Gothold. “Over the life of this contract, we are projected to save about $1.5 million so that we can focus on our core mission – educating our students and preparing them to be successful after they leave our campuses.”

Due to a 25-year Evergreen Energy Solar Power Purchase Agreement, the District is not expending any District or taxpayer dollars for the design or construction of these projects. This agreement allows the District to install solar power at its facilities without paying any upfront costs or costs associated with system operation and maintenance, except for routine cleaning.

PHOTO CAPTION: Eleven solar panel systems are being constructed at facilities across Lynwood Unified, such as this one shown at Firebaugh High School. 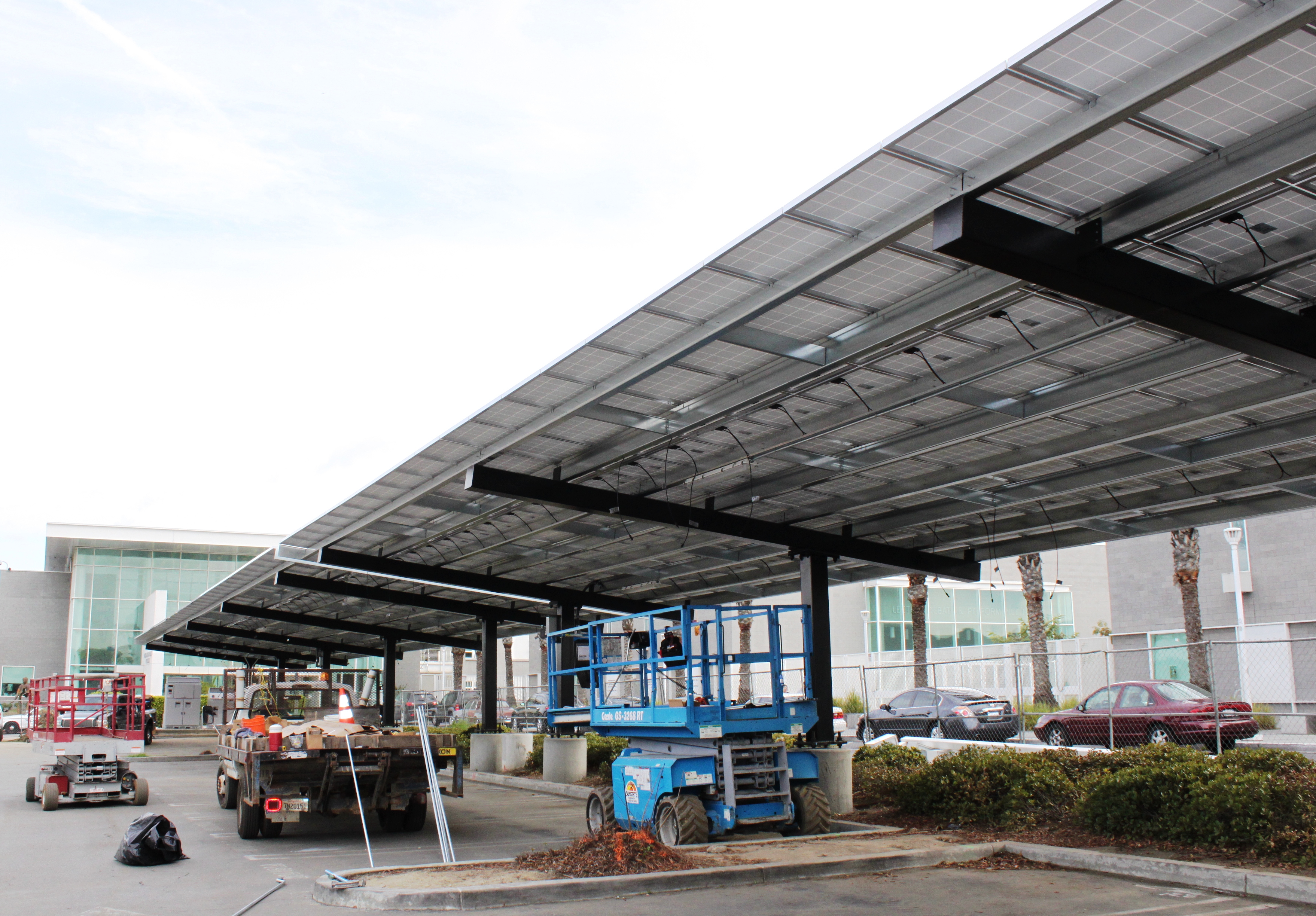