MONTEBELLO – Competitive wrestling is a father-son tradition in the Gomez family. Now, thanks to son Nicholas “Nico” Gomez, it has turned into a winning tradition for Montebello High School.

“There is no better example of Montebello school pride than a son following in his father’s footsteps, with both personifying dedication, hard work and purpose,” Montebello Unified Board President Edgar Cisneros said. “Congratulations to Nico, his coaches and team – and as an Oiler alum myself, I can say with conviction that they have inspired us all and instilled pride in our District.”

Nico claimed his first championship in 2014 as a junior. This year, he helped Montebello earn a share of the Almont League title for the first time in 17 years.

“It’s a dream come true,” Nico said. “I give credit to the Montebello coaching staff, my teammates, principal Jeff Schwarz and athletic director Ralph Gutierrez. They gave me opportunities and made sure I never fell behind in my training.”

Pete Gomez wrestled at Montebello High from 1984 to 1988 and, after college, returned to Montebello as assistant coach for five years until stepping down when Nico was born. Nico, like his father, grew up to be a super-competitive athlete who, though he started wrestling in sixth grade, was a star football player at heart.

“His passion was always football,” the elder Gomez said. “But at 92 pounds he didn’t play much. Finally, in the ninth grade, he fully committed to wrestling.”

For Nico, success on the mat was slow in coming. He won some, he lost some. At the end of his sophomore year, he was eliminated on the first day of the CIF tournament. The loss didn’t sit well with him.

“Losing was an ugly feeling,” Nico said. “I put it in my head that nothing was going to stop me from being the best.”

Nico made the decision to train year round and instituted a rigorous workout regimen that required him to sacrifice a good deal of his social life, raising some eyebrows among his friends. Undeterred, Nico never let up, winning one match after another, becoming the team’s star wrestler.

Beyond individual accolades, Nico’s motivation to succeed had a more personal element. His grandfather, Pete Gomez Sr., was Nico’s biggest fan and supporter, going to all the practices and matches. When his grandfather passed away shortly before junior year, Nico dedicated the 2014 season to him.

This year, Nico’s dedication paid off and he found himself at the CIF championships, where he won the title on February 21 – his grandfather’s birthday.

“No matter how tired I was, thinking of him inspired me,” Nico said. “It was a way to spread the family name. Every time I am on the wrestling mat, I think of my grandfather.”

He also qualified and participated in the State Championships in Bakersfield earlier this month.

The MUSD Board and District administrators will honor Nico for his athletic achievements at the April 2 Board meeting held at the District Office.

“Nico truly represents an inspiring work ethic – not only on behalf of his family, but as a Montebello High student,” Superintendent of Education Susanna Contreras Smith said. “We could not be more proud of Nico, his family and his team for reminding us of the depth of our Montebello traditions and families.” 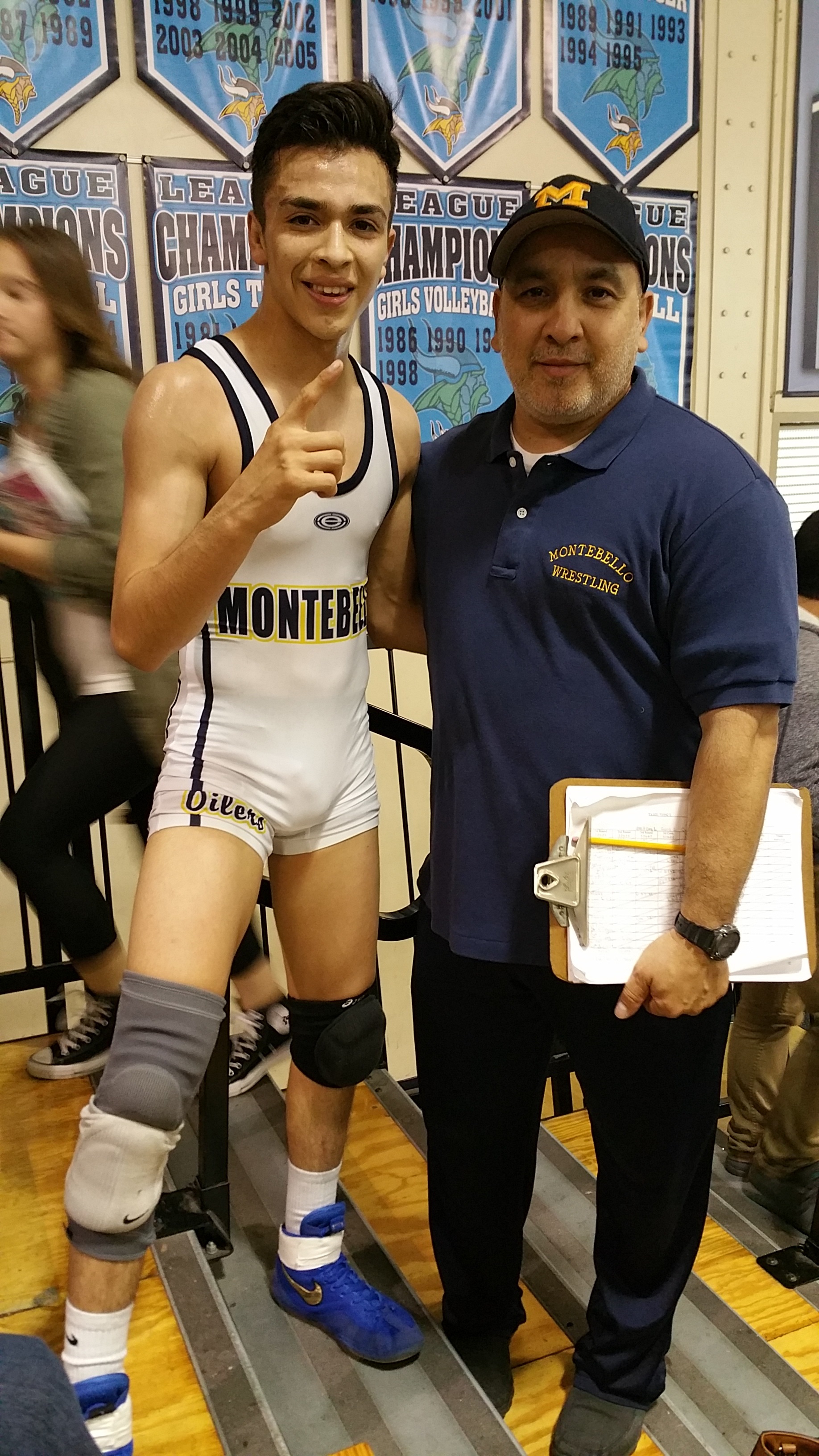