All three girls won iPads and received $1,000 as a team to cover travel expenses to the state finals competition.

“We had no idea what we were walking into,” Del Cid said. “Our school has never competed in this before, so it was a big accomplishment for us. You also don’t see a lot of women in engineering and this shows that everyone is capable of doing more than they think.”

“Everything my students do in class is what they had to do during the competition,” Ude said. “I’m really proud they were able to go up against schools who have been here before and use what we practice every day in class to win.”

Ude had a difficult time recruiting students for the school’s first team. But now that Del Cid, Gutierrez and Guerrero brought home the victory, Ude said engineering students are lining up for next year’s team.

Project Lead The Way (PLTW), the nation’s leading creator of STEM curriculum, organized the daylong event that challenged high school students to construct an engineering design and present their findings to a panel of Chevron engineers, designers and other industry professionals.

“These young women took what was taught to them in class and used it in a real-world scenario. This just shows how valuable our PLTW classes and teachers are,” Lynwood Unified Superintendent Paul Gothold said. “PLTW programs are essential for our students and teach them fundamental skills that will prepare them for college and careers.”

Teams entering the competition were unaware of their task beforehand, opening envelopes with details when the challenge began. Teams sketched their barbecue center designs, printed 3-D parts, produced PowerPoint presentations and presented their solutions to the judges.

“I am just blown away every time I hear about our students conquering competitions like this,” LUSD Board President Alma-Delia Renteria said. “Some of these schools have competed before and knew what to expect, and Firebaugh still came out on top. This speaks volumes about the instructional methods we foster at Lynwood Unified.”

The Falcon Engineers hope to continue their winning streak at the state finals at Folsom Lake College on May 14, when they will compete against the top three teams from each of the state’s five regions.

DESIGNCHALLENGE: John Ude stands with his students Nelly Gutierrez, Melody Del Cid and Alexis Guerrero, after they took first place April 16 at Project Lead The Way’s Los Angeles regional Chevron Design Challenge and will compete in the Sacramento finals on May 14. 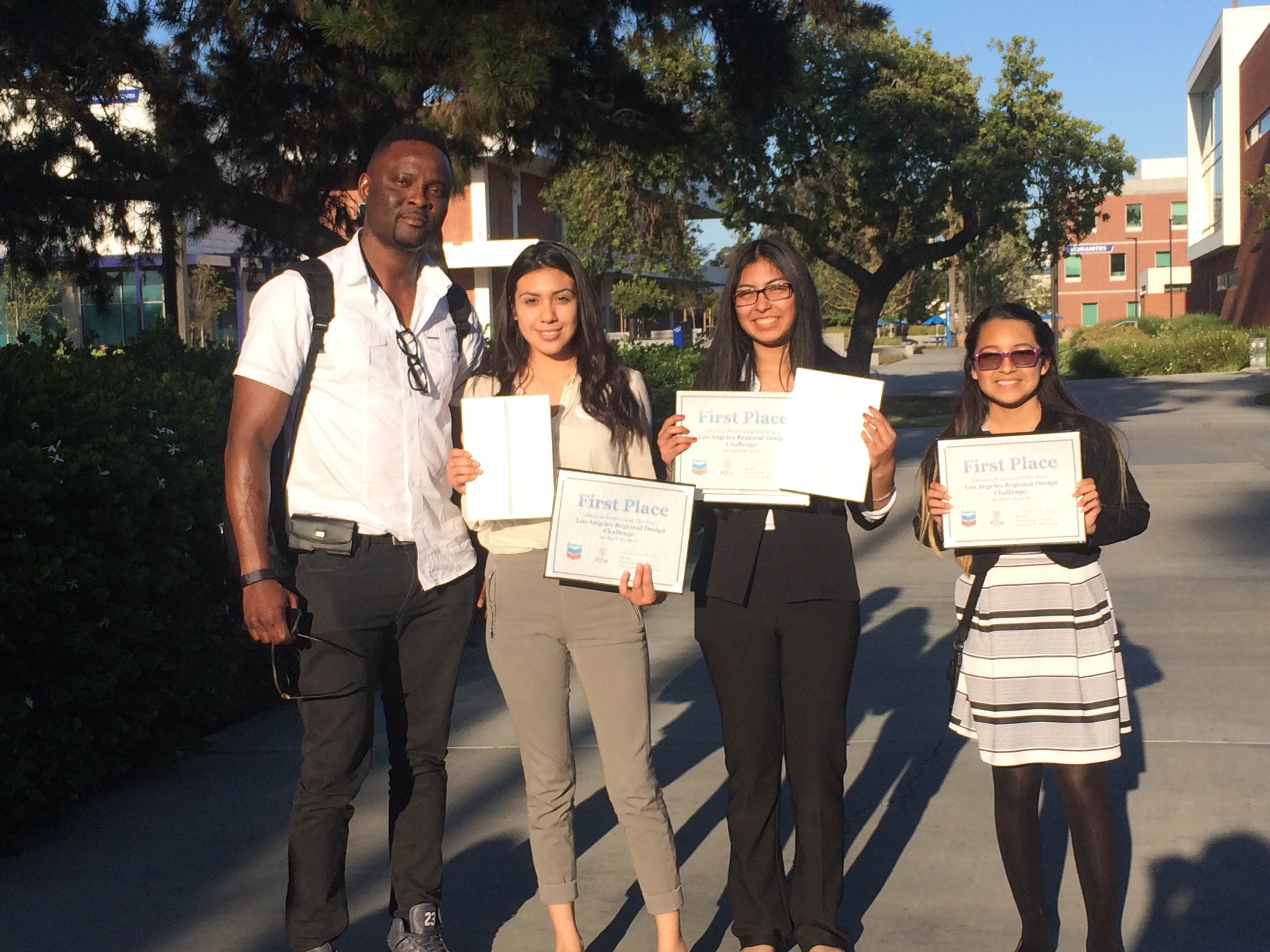