Lynwood – Lynwood Unified is channeling its commitment to the arts and a community spirit by launching a Districtwide art contest open to students from grades one to 12 that will reward the winner with a $1,000 scholarship.

The art contest, which will have no restrictions on style or size, is accepting submissions from now until April 1. The scholarship money will be drawn from donations provided by local Lynwood businesses.

“Lynwood draws upon a rich tradition of art to express solidarity, dignity and determination,” Lynwood Union co-founder Rowland Becerra said. “As we honor those who have left us, we want to begin a new tradition of championing art within our community, and encourage our children to develop their artistic skill as a way for their voices to be heard.”

The Dia de los Muertos show was inspired by Will Rogers first-grade Spanish-English dual immersion students who worked with their families to create altars to honor family, friends and pets. In addition to the altars, Will Rogers kindergartners made masks, second-graders drew skeleton recreations of Mexican artist Frida Kahlo and Diego Rivera, and third-graders made a poster filled with colorful skeletons.

“I liked making the altar with my dad because he helped me put glue on the cardboard,” Will Rogers first-grader Abbygail Hernandez said, through an interpreter.

Parents of dual-immersion students brought traditional refreshments for those in attendance, including pan de muerto and champurrado. The exhibit also included an open mic for students to make presentations, traditional dancing, face-painting, music and community artwork for sale.

“Dia de los Muertos is a cherished and reverent holiday for Latinos that we proudly pass down from generation to generation,” LUSD Board President Alma-Delia Renteria said. “It is very exciting to see so many of our students, from kindergartners to high school seniors, honor their families by adding to the rich folklore of our heritage. Thank you to our dedicated teachers and advisors for helping to bring the Lynwood community together.”

The Lynwood Union Gallery is a nonprofit organization dedicated to increasing civic pride through the arts and City of Lynwood history. Promoting art, film and photography, Lynwood Union works with local businesses and the District to unite local artists with LUSD students for art projects, which include a student-designed mural painted by Lynwood and Firebaugh High artists at Lynwood City Park.

“Thank you to the Lynwood Union Gallery and our local business partners for recognizing the magnificent creative talent seen throughout the District, and their efforts to empower our students through their art,” LUSD Superintendent Gudiel Crosthwaite said. “This art contest and scholarship, open to all Lynwood students, is indicative of the spirit of giving that makes the Lynwood community strong and prosperous.”

111617_LUSD_ARTCONTEST: An altar is on display during Lynwood Unified’s Dia de los Muertos art show on Nov. 2-3. The District has announced an art contest open to students from grades one to 12 that will reward the winner with a $1,000 scholarship. 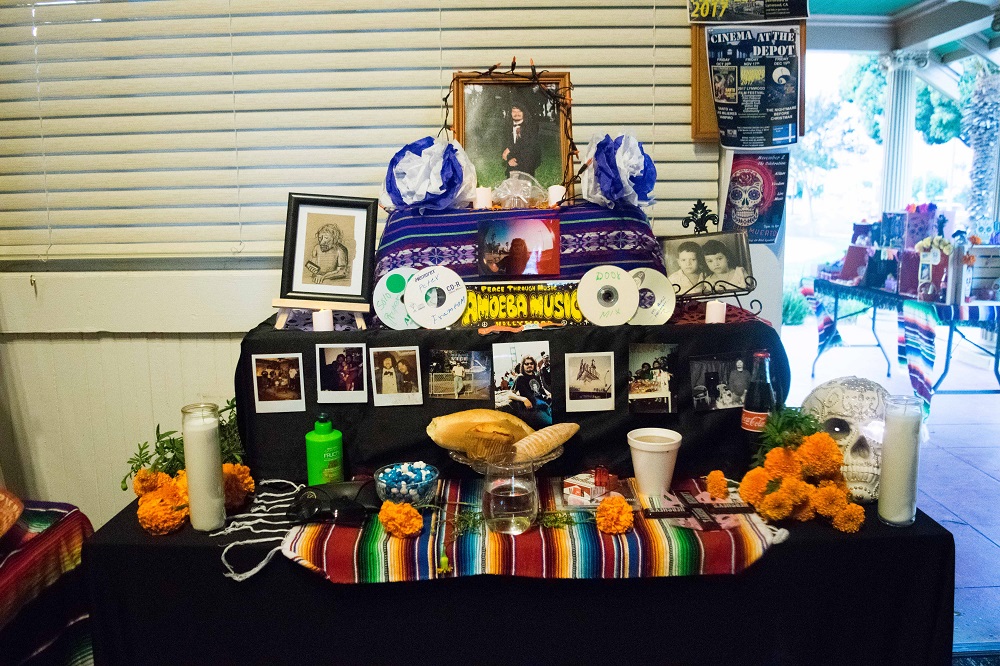