Lynwood Unified will complete its $10 million first phase of Measure K-financed school improvements with track and field upgrades at Lynwood High School this summer. At the same time, it will also continue its $7.9 million phase two effort.

Lynwood voters approved the $93 million Measure K facilities bond in 2012 so Lynwood Unified could maintain, repair and improve its facilities.

The following projects are in the works:

“These projects are all designed with student learning and safety in mind,” said Maria G. Lopez, LUSD Board President. “We want our students to be engaged in the educational process and we feel that our Measure K improvements will help them to be better students and better citizens.”

Since 2012, Lynwood Unified has moved forward with a variety of projects to improve school facilities and the types of learning environments it offers students.

The second phase of construction kicked off with the installation of a new HVAC system installed in Lynwood Middle School’s library and was completed in September of 2014.

PHOTO CAPTION: The track and field renovation at the District’s Stadium, located at Lynwood High, is approximately 50 percent complete. The projects is expected to be completed by mid-summer. 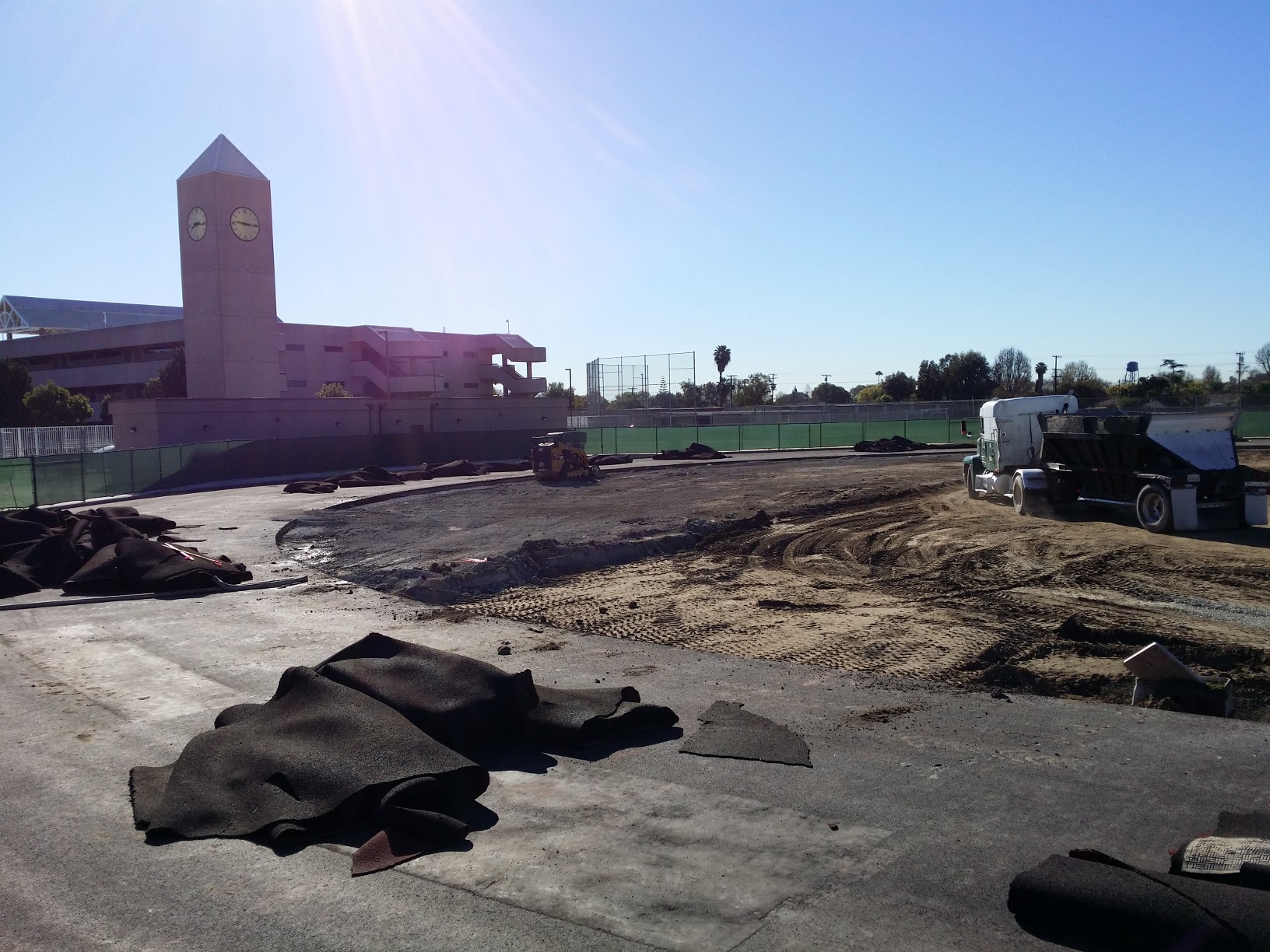 Lynwood Unified District Stadium Nearly Complete; Next Round of Projects Set to Begin