WHITTIER – A drawing by a La Serna High School student will be on display in the U.S. Capitol for one year after taking the top prize in 38th District for the 2016 Congressional Art Competition, a national contest that recognizes and encourages artistic talent among high schoolers from across the country.

Elise Martinez, a rising senior at La Serna High, was awarded best overall work for her drawing, titled “Great Egg in the Sky,” by U.S. Rep. Linda Sanchez, who represents 38th District communities spanning Monterey Park to Lakewood, as well as by a panel of esteemed local artists, art teachers and professors.

Martinez and her family will attend an awards ceremony in Washington, D.C., this month.

“It’s truly an honor to represent the entire 38th Congressional District be recognized by Congresswoman Sanchez for something I’m deeply passionate about,” Martinez said. “La Serna High’s art program has really allowed me to be comfortable expressing myself and helped me develop my creativity and artistry.”

The drawing – which also won second-runner up as best drawing – will compete nationally with high school winners from other congressional districts in the U.S. Additionally, a watercolor painting by rising junior Kevin Barrios won second place in the best painting category, as well as a scholarship.

“This has been one of the most special experiences I have had as a high school teacher, and I am so proud of Elise and Kevin for achieving this milestone in their artistic careers at La Serna High,” said art teacher Michelle Patino said. “I plan on encouraging my talented art students to work hard to be a part of this exhibition next year.”

Sponsored by the Congressional Institute, the competition began in 1982 as a way for students in each of the nation’s congressional districts to showcase their artistic skills and abilities. Since then, more than 650,000 high school students have participated.

“We are so very proud of Elise for earning first-place honors and we are fortunate to have Michelle Patino as her teacher,” Principal Ann Fitzgerald said. “Our art program has flourished under Michelle’s leadership, nurturing a fertile environment in which our students can thrive, learn new techniques and strengthen their skill as prolific artists. I want to congratulate Elise, Kevin and Michelle for putting our school on the map.”

ARTCONTEST2: La Serna High School student Elise Martinez’s drawing, “Great Egg in the Sky,” won the 2016 Congressional Art Competition. The drawing will be on display in the U.S. Capitol for one year. 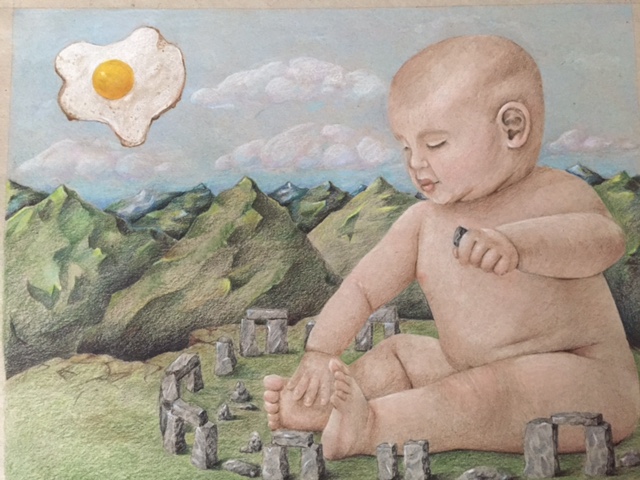 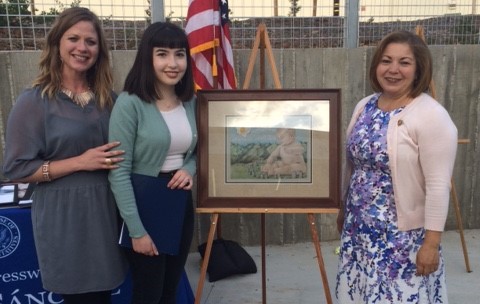