LA MIRADA, CA – La Mirada High School graduate Lawrence Koh was recognized as a National Merit Scholar, a distinction awarded to about 7,500 of the 1.5 million students who take the PSAT each year.

Koh will attend UC Berkeley, where he will pursue a medical degree with plans to focus his career on battling cancer.

“Cancer is a complex disease that affects so many lives,” Koh said. “For me, it represents one of the highest challenges of medicine and is something I can dedicate a lifetime to.”

The National Merit Scholarship Corporation, established in 1955, is a nationwide scholar program that identifies talented American youth and encourages them to develop their skills. Students apply and are admitted through a combination of PSAT scores, academic record and extracurricular achievements. National Merit Scholars are awarded $2,500.

Koh is also a National AP Scholar– the highest award given for passing eight Advanced Placement exams with a score of at least 4 on each – and senior class valedictorian. He delivered his commencement speech at La Mirada High on June 17, celebrating the diversity of all graduating students, not only those recognized for their academic excellence.

“Lawrence represents the caliber of his classmates and the District as a whole,” NLMUSD Superintendent Dr. Hasmik Danielian said. “Earning the National Merit Scholarship is an honorable achievement, and I wish Lawrence the best of luck in his future.”

A community of teachers, counselors and friends helped to guide Lawrence in his ambitions, which are inspired by father, a hematologist, and his older brother, who is also pursuing medicine at Berkeley.

“Lawrence is an inspiration to the students of our District and an example of what they can accomplish,” NLMUSD Board of Education President Karen Morrison said. “We’re excited to watch him fulfill his dreams and move on to the next phase in his life.”

NLMUSD_KOH: La Mirada High School valedictorian Lawrence Koh gives his commencement speech on July 17 in front of his peers. Koh was recognized as a National Merit Scholar, and will attend University of California, Berkeley. 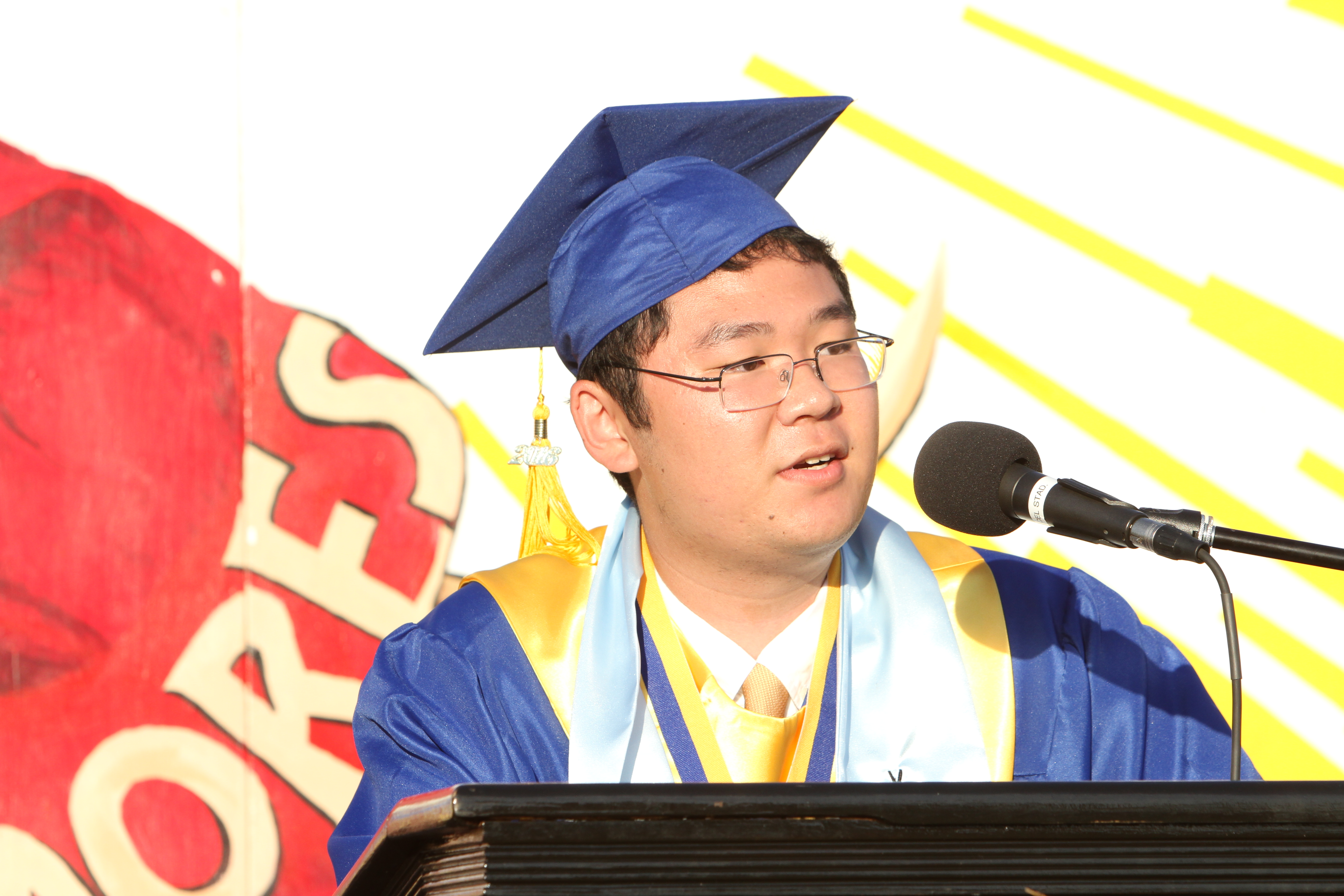