WHITTIER, Calif. – It seems that every pub, restaurant and household in the United States has fully embraced World Cup fever; but did you know that Rio Hondo College has been a launching ground for some of the sport’s professional athletes?

The Rio Hondo Men’s Soccer program is one of the best in the Foothill Conference and Southern California. Coach Orlando Brenes, who is Costa Rican, has helped the Roadrunners win the conference title from 2002 to 2009 consecutively.

In the 2013 season, Brenes led the Roadrunners to a 13-5-5 overall record and a 7-1-0 conference record, clinching the Foothill Conference championship yet again.

“Many of Rio Hondo’s players have gone on to collegiate and professional careers,” Brenes said. “Soccer is by far the most popular sport on the planet. Because of that, scouts from around the world are always interested in players we produce here at Rio Hondo College.”

Marvin Quijano, Los Angeles Galaxy
Marvin Quijano led the Rio Hondo Soccer Team to many victories while securing a slew of top honors, including All-Time Conference Most Valuable Player. He caught the attention of professional soccer recruiters and in 1999 Quijano found himself starting for the L.A. Galaxy. Quijano played for the Galaxy until 2002 when he began his tenure with the Colorado Rapids, where he finished his professional soccer career.

Luis Aguilar, Montreal Thunder A League
Luis Aguilar played on the Rio Hondo College Men’s Soccer Team in 2002 and 2003. In 2004, he transferred to the University of San Francisco where he completed his collegiate career in 2005 after winning back-to-back West Coast Conference (WCC) Division I titles with Second and First Team All-WCC awards. He has played with the Ajax Orlando Prospects of the United Soccer Leagues (USL) Premier Development League, the California Cougars of Major Indoor Soccer League and San Francisco Seals. In 2007, he signed with the USL First Division expansion team, California Victory, and later the Montreal Impact, where he made the starting squad for the playoffs.

“Our athletics program is definitely a crown jewel for the College,” said Rio Hondo College Superintendent/President Teresa Dreyfuss. “Men’s soccer, particularly, has a long and illustrious record of producing quality teams with quality players who go on to play on the world’s stage.” 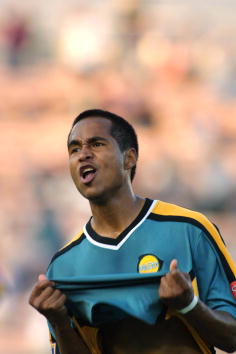 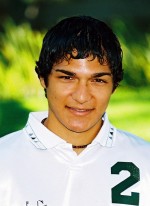