WHITTIER, CA – More than 300 California High School students sat in silence in their school gym as Holocaust survivor Peter Daniels told the harrowing tale of his childhood in Nazi Germany and the two years he was held in a concentration camp in Czechoslovakia.

Daniels, however, wasn’t in the room when he was garnering the students’ attention and taking their questions during the March 11 event. He was at the Museum of Tolerance in Los Angeles, talking to them through Skype, an online video chatting application.

This was the first time Cal High used Skype to offer students such a powerful history lesson and interactive experience.

“I learned things I never knew about, including the different kinds of camps that existed,” said sophomore Rene Espinoza, who asked Daniels if he still dreamt about the Holocaust. “I really enjoyed this event and am still taking in the fact that we are the last generation of students who will be able to have firsthand conversations with a Holocaust survivor.”

The opportunity – offered to 10th-grade world history students who are studying the Holocaust as well as to other Cal High students – was arranged by world history teacher Tim Woolston.

“I want my kids to like history and you always have to have lessons that are creative and bring history to life,” Woolston said. “I want to make it real and important to them, especially since this generation will be gone soon. While I couldn’t take them to the museum, I wanted to bring the museum to them.”

Offered through the Museum of Tolerance, the Skype video conference program, called “Bridging the Gap,” enables schools anywhere in the world to connect to Holocaust survivors.

Daniels, 78, of Los Angeles, is a docent at the museum. Born in 1936 in Germany, Daniels raised himself in the heart of Berlin while his single mother worked. He was forbidden from going to playgrounds or zoos and food was scarce. He and his mother were rounded up and transported to a concentration camp, where he lived from 1943 until his liberation in 1945. He arrived in New York Harbor in 1947.

“I was very lucky,” Daniels said. “I came to America without a day of education. I started my life over at age 11. But America has been good to me. I have a good life.”

After the presentation, several Cal High students asked Daniels questions about his experiences and how he kept hope while living in a concentration camp.

Cal High Principal Bill Schloss said the program has left a lasting impression on the students.

“With the advent of new technologies, our innovative teachers are finding ways to provide our students with learning opportunities that wouldn’t have been possible before, including having 300 students listen to a historical figure tell his story from just a few miles away,” Schloss said. “I commend Mr. Woolston for bringing the program to the school, and I hope we can continue to build on this new medium of connecting our students to the world.”

HOLOCAUST2: California High School students line up to ask Holocaust survivor Peter Daniels, a docent at the Museum of Tolerance in Los Angeles, questions about his time in a concentration camp as part of a powerful history lesson and interactive experience on March 11, 2015. 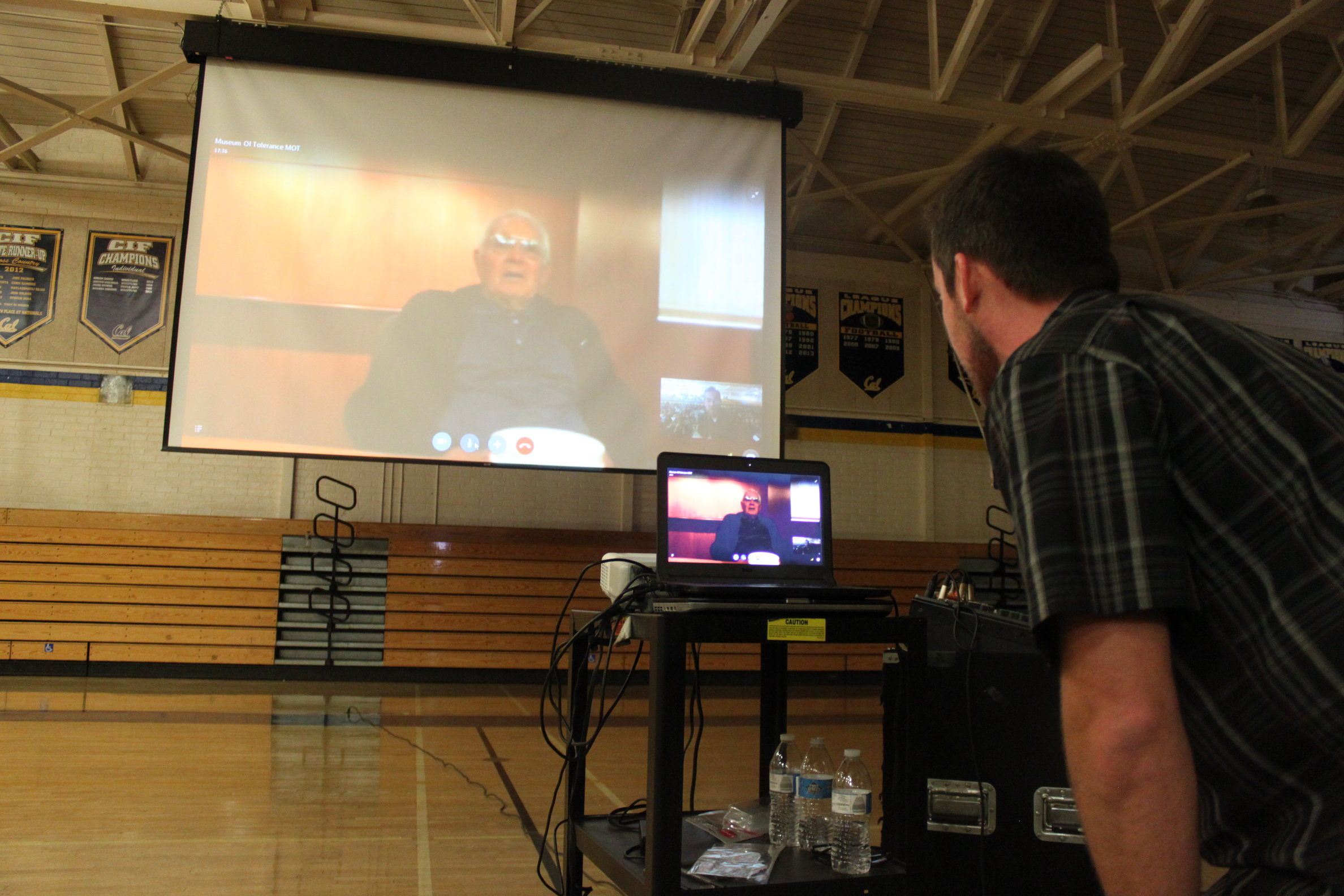 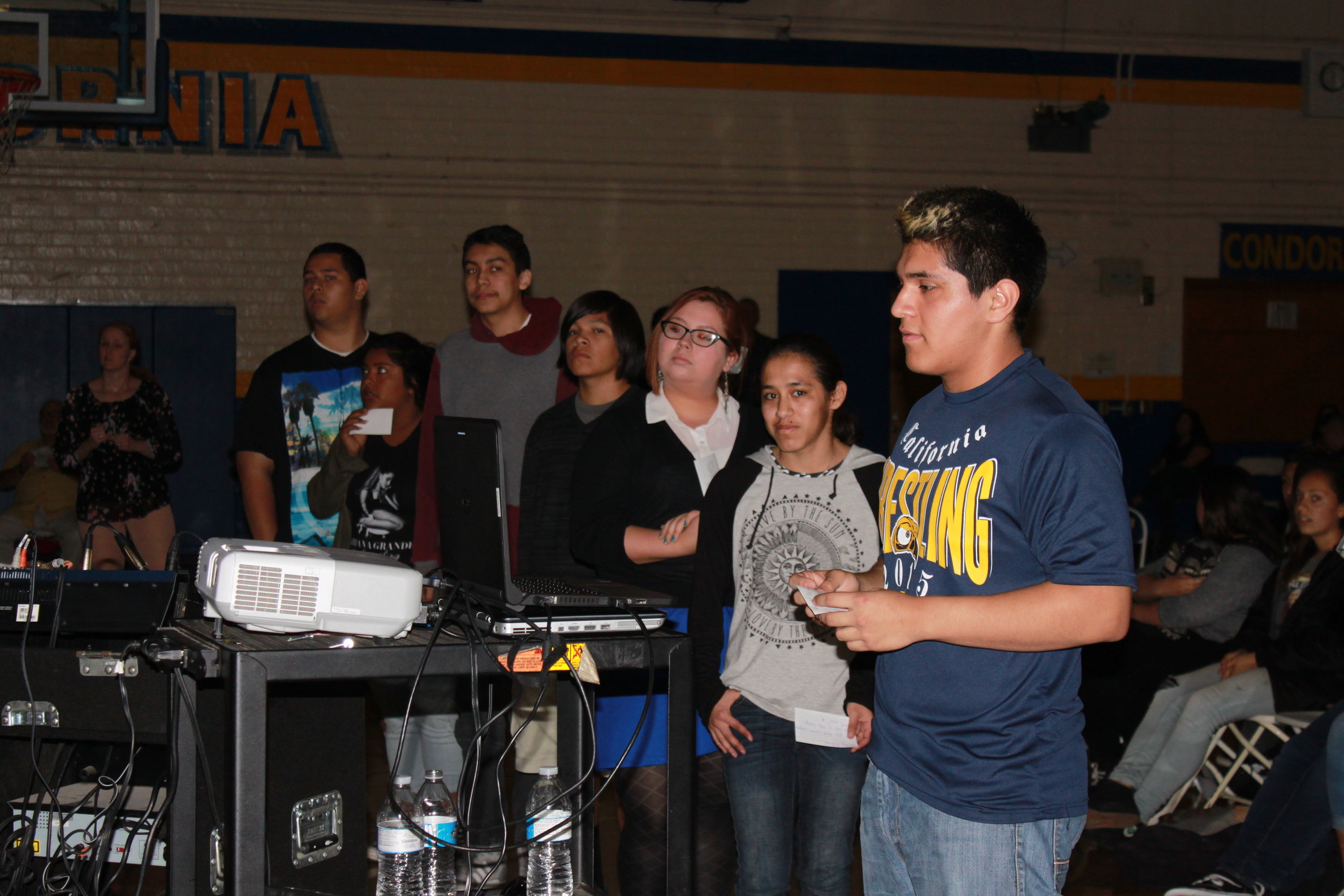