“We are really excited knowing we will have an updated stadium for the opening of the 2015-16 school year,” Ganesha High Principal Jennifer Francev said. “Our students have done a phenomenal job performing in the classroom and on the fields and court. We are blessed to have the support of our District administration, the Board of Education and the voters to provide the funding for this renovation project.”

Prior to 2014, Ganesha shared the field with other Pomona Unified School District high schools. Funded under the District’s $235 million Measure PS facilities bond, the project is scheduled to be completed in time for the 2015 football season. Pomona Unified will also be pursuing rebates from the Three Valleys Municipal Water District for the installation of synthetic turf in support of water conservation efforts.

“We would like to thank the Pomona community for its support of our schools and our students as this critical funding is allowing us the opportunity to make the necessary repairs and upgrades on our campuses,” PUSD Board President Andrew Wong said.

Along with the new track, turf and scoreboard, the project will include new fencing, ADA-compliant restrooms, emergency field lighting and the restructuring of its track and field pits. In addition, the surrounding parking lot will be resurfaced and painted, with concrete blocks installed and a new secured storage area.

“We provide our students with a well-rounded, high-quality education, which allows them to be successful inside and outside the classroom,” PUSD Superintendent Richard Martinez said. “I also want to congratulate the Ganesha High athletic program and Athletic Director Don Cayer for maintaining a high level of achievement and stellar sports program.”

The school’s varsity football team this season had its best record in five years and is now ranked in the top California Interscholastic Federation (CIF) 15. The winning season was made possible in part by several top prospects, including senior quarterback Dexter Sumner, who has signed to play college ball with Marysville State University in North Dakota, and senior running back Albert Henry, who accepted academic scholarships and will be playing football at the University of Redlands this Fall.

Both students were honored at Ganesha’s Letterman Ceremony, which celebrated its winter sports teams, including boys and girls basketball, boys and girls soccer and wrestling – all of which participated in the CIF playoffs.

Ganesha athletes are winners in the classroom too, with 16 students named to the All-Academic All-League Team. Ganesha also had the highest-scoring grade point averages for six of the nine sports that compete in the Miramonte League. 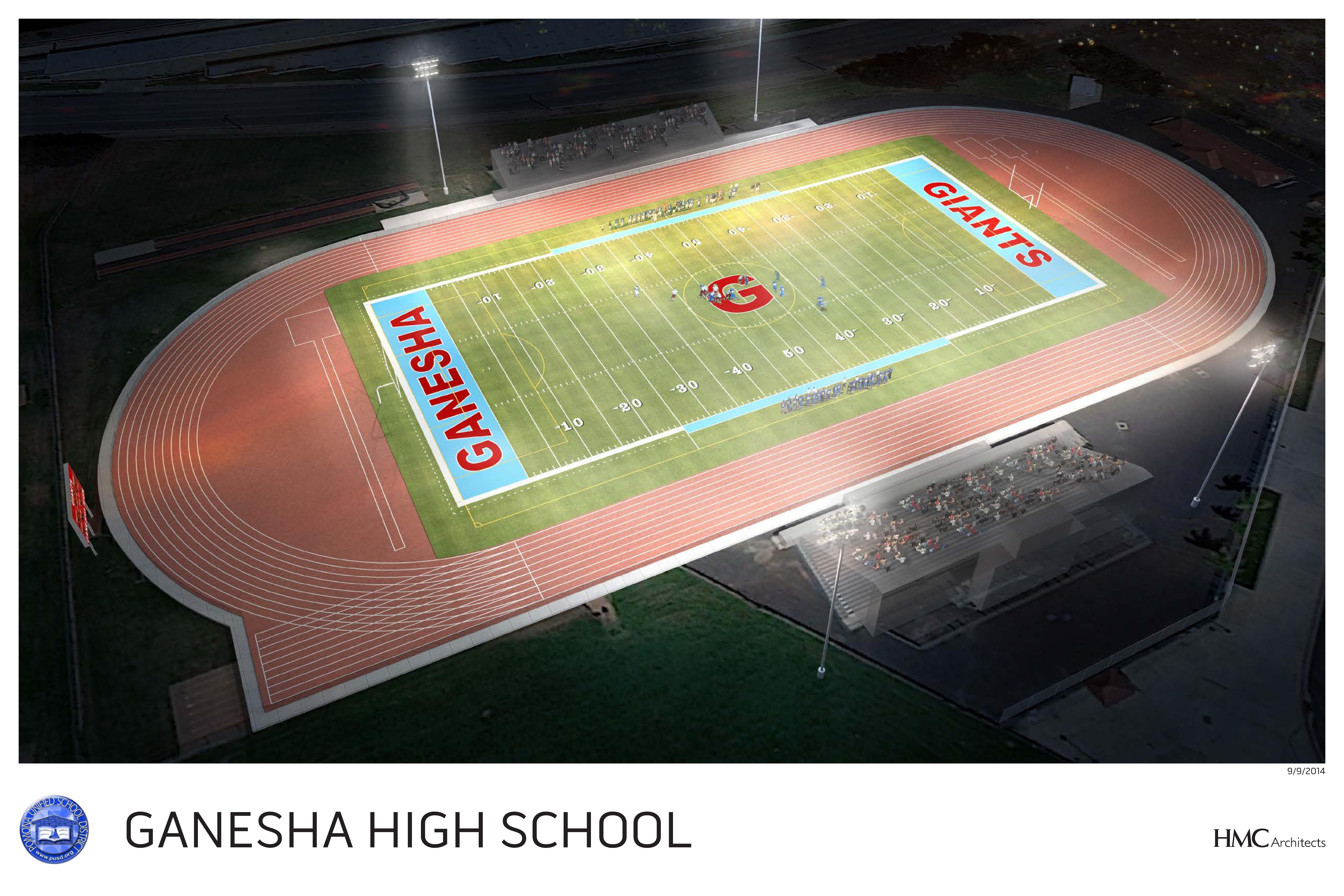