SAN GABRIEL, CA – Gabrielino High School senior Michelle Lee signed up for a speech and debate class as a shy freshman, unsure if there was a future for her with the nationally acclaimed team. Three years later, Lee dominates audiences with the passionate rhetoric that made her a state champion.

“I wanted to earn credits, but I was too intimidated to entertain the idea that speaking competitively might be fun,” Lee said. “Then I tried it and fell in love with the feeling of impacting others through the power of speech.”

Lee hopes to win back-to-back titles at the California High School Speech Association (CHSSA) State Tournament, a feat only two other Gabrielino students have achieved in the program’s 23-year history. The tournament will be held from April 28 to 30 at Arcadia High School.

This is Lee’s third time competing in the CHSSA State Tournament’s oratorical interpretation category, in which speakers examine the relationship of a speech to the times that inspired it, understand the goals of the original speaker and interpret the speech for a new audience.

Lee captured the 2016 state title for her oratorical interpretation of one man’s politically charged court address about his son’s death. She will speak about the sacrifice of American soldiers as she pursues her second title.

“Winning back-to-back state championships is no easy feat, but Michelle’s dedication to her craft has turned her into a standout speaker among a team of talented students,” Gabrielino speech and debate adviser Derek Yuill said. “The sky is the limit for her.”

Lee spends at least 10 hours each week refining her speech with her teammates and coaches, hoping to overcome the monotony of delivering the same speech all year and hone her message before the state championship.

“We have to find ways to breathe new life into the same words we have been practicing all year, because the meaning of a speech can get lost after delivering it over and over again,” Lee said. “That’s what it’s about for me. Winning is nice, but my ultimate goal in speech is to deliver a message that resonates with people.”

Lee’s mindset is representative of Gabrielino speech and debate team’s ideals, which prioritize student development over the program’s national acclaim.

“The wonderful thing about speech and debate is that it teaches you to lose gracefully, dust yourself off and try again,” Yuill said. “Every student works hard, win or lose, because they understand the value of speech extends beyond trophies. It prepares them to tackle life’s challenges with patience and maturity that is rare among high school students.”

Forty Gabrielino students will compete in the state championship this year, including 15 seniors seeking a final chance to capture a title.

“Gabrielino High’s speech and debate team’s hard work demonstrates the dedication to academic and professional success we are proud to foster in our District,” SGUSD Superintendent Dr. John Pappalardo said. “We wish these students the best of luck as they represent the District in the state championship.” 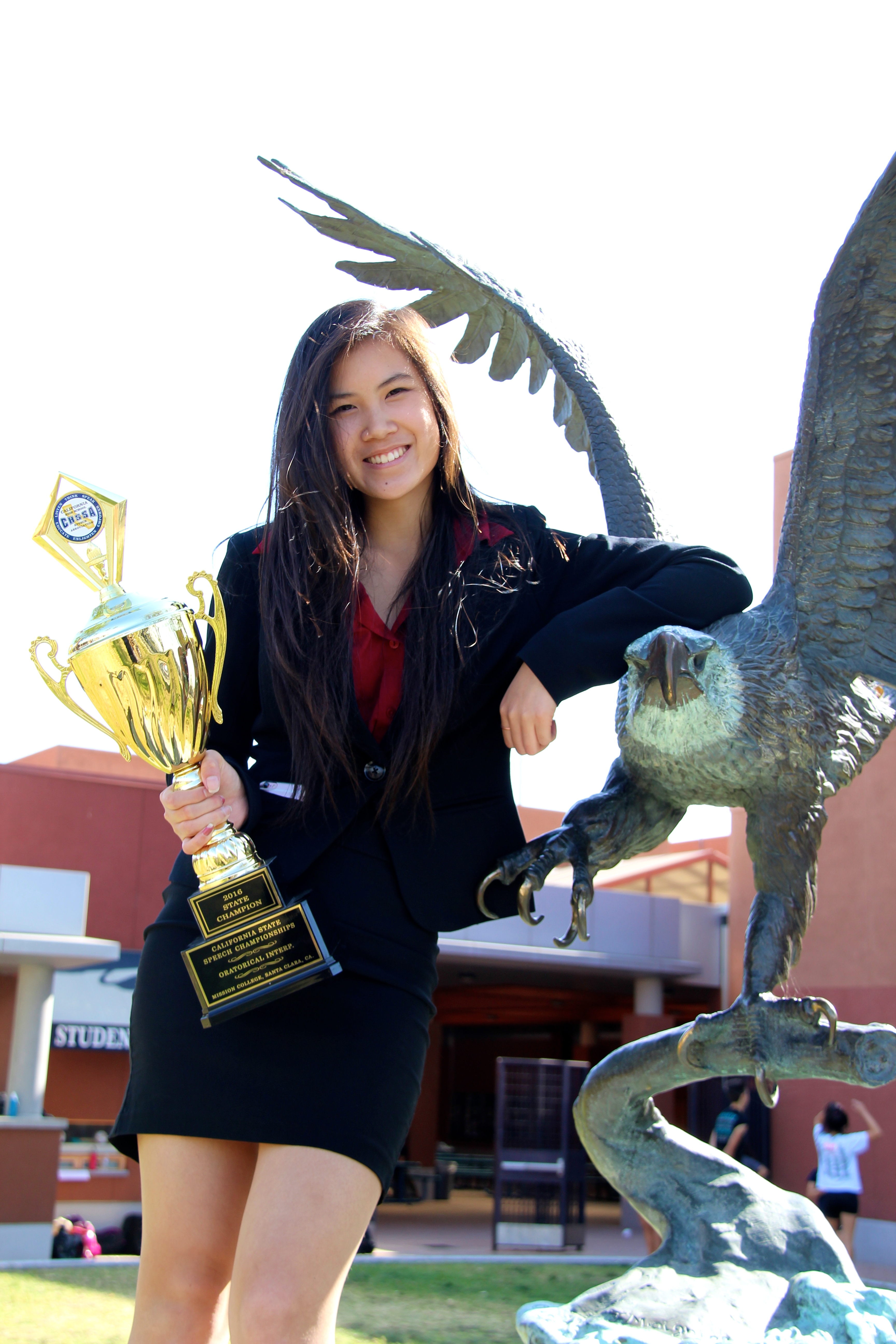