This year’s showcase, themed “Beyond De’Bate Cave,” will feature performances by students who are being considered for the 2014 Phi Rho Pi National Tournament, as well as a panel discussion that will feature John Peel, other Rio Hondo College Forensics Speech and Debate alumni and an audience question-and-answer session.

Peel, who is a former member of the Rio Hondo College Forensics Team, serves on several local, regional, and state boards including the Rio Hondo College Foundation Board and the California Alliance for Child and Family Services.  He is a past elected Trustee for the Whittier City School District, and has provided keynote addresses and motivational presentations internationally and even once on a cruise ship.

The showcase, which is open to the public, is designed to highlight the hard work of the Forensics Speech and Debate Team, as well as celebrate their success. Last year’s gold award-winning national speaker, Rio Hondo College student Steven Villescas, will perform.

“An event such as this is a benefit to both students and the community,” said Rio Hondo College Superintendent/President Teresa Dreyfuss. “On one hand, it will provide an example for students to aspire to, and the community will gain a better understanding of the program.”

Students who perform at the showcase will use their experience to prepare them for the National Tournament, scheduled for April 2014 in Denver. Nationals feature roughly 1,000 speakers from 80 colleges and universities across the country.

“Rio Hondo College forensics students are recognized as some of the best speakers in the country,” said Dean of Communications and Languages Dr. Robert Holcomb. “We hope the entire community will take the opportunity to see how talented these students are, and gain a better understanding of the value that forensics speech and debate programs brings to our entire campus and the community as a whole.” 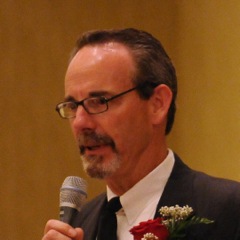