Lynwood, Calif. – A former Lynwood Knight has taken one more step toward taking the floor at Staples Center as a professional basketball player. Tyonna Outland, who graduated from Lynwood High in 2010, recently signed a training camp contract with the Los Angeles Sparks.

“I am so excited, it is like a dream,” said Outland about signing with her hometown team. “I have worked so hard to make it to the WNBA and now I will be working to earn a spot.”

The training camp contract does not guarantee her a spot on the team, but she will be training with them and can still earn a role. Though the task may seem daunting, Outland said she is ready to do it.

“I will just have to get there by showing my defensive skills,” said Outland, which may seem a little odd coming from the all-time leading scorer from Cal State Bakersfield, where she amassed more than 2,000 points. “All those players can shoot in the WNBA, you have to make your mark and stand out with your defensive play.”

Outland just completed her basketball career at Bakersfield where she helped the Runners make it to three postseason appearances, including the Women’s National Invitation Tournament the past two seasons. Off the court, she earned her bachelor’s degree in Criminal Justice in 2014 and she is continuing her studies at Bakersfield to earn her master’s.

For those who saw and remember her at Lynwood High, they are not surprised that she has gone on to excel collegiately.

“Even when she first came to Lynwood from the eighth grade, she just had that burning desire to be the best and worked hard every day,” said Barfield, who said that other teams were interested in her, including the New York Liberty.

Besides helping the Knights capture three San Gabriel Valley League Championships and being named league Most Valuable Player as a senior, she also was in the top five percent of her class academically, carrying a 4.5 grade point average.

“It is so great to see Tyonna living up to all the promise she had when she was at Lynwood High,” said Paul Gothold, Superintendent of the Lynwood Unified School District. “She is a shining example to the students that if you work hard and believe in yourself, we will give you the tools to become the professional you want to be.”

According to a press release from the Sparks, the organization has high hopes for the 5-foot-9 Outland.

“(Tyonna) has the ability to score and create open shots for her teammates,” said Penny Toler, Los Angeles Sparks Executive Vice President and general manager. “We are excited to bring her to training camp to see what she can do.”

But even with that busy schedule, she continues to give back to her hometown.

“She comes down and mentors the kids here in her off time, teaching and helping with basketball practice,” said Barfield. “She really shows how students excel when they are determined to do their best.”

For Outland, coming home to help those in Lynwood is something she has to do as so many helped her when she was growing up.

“I believe that anyone who comes from this community should come back and help,” said Outland. “It was the community that helped me become who I am. I want to put these kids in touch with many coaches and basketball programs that I can.” 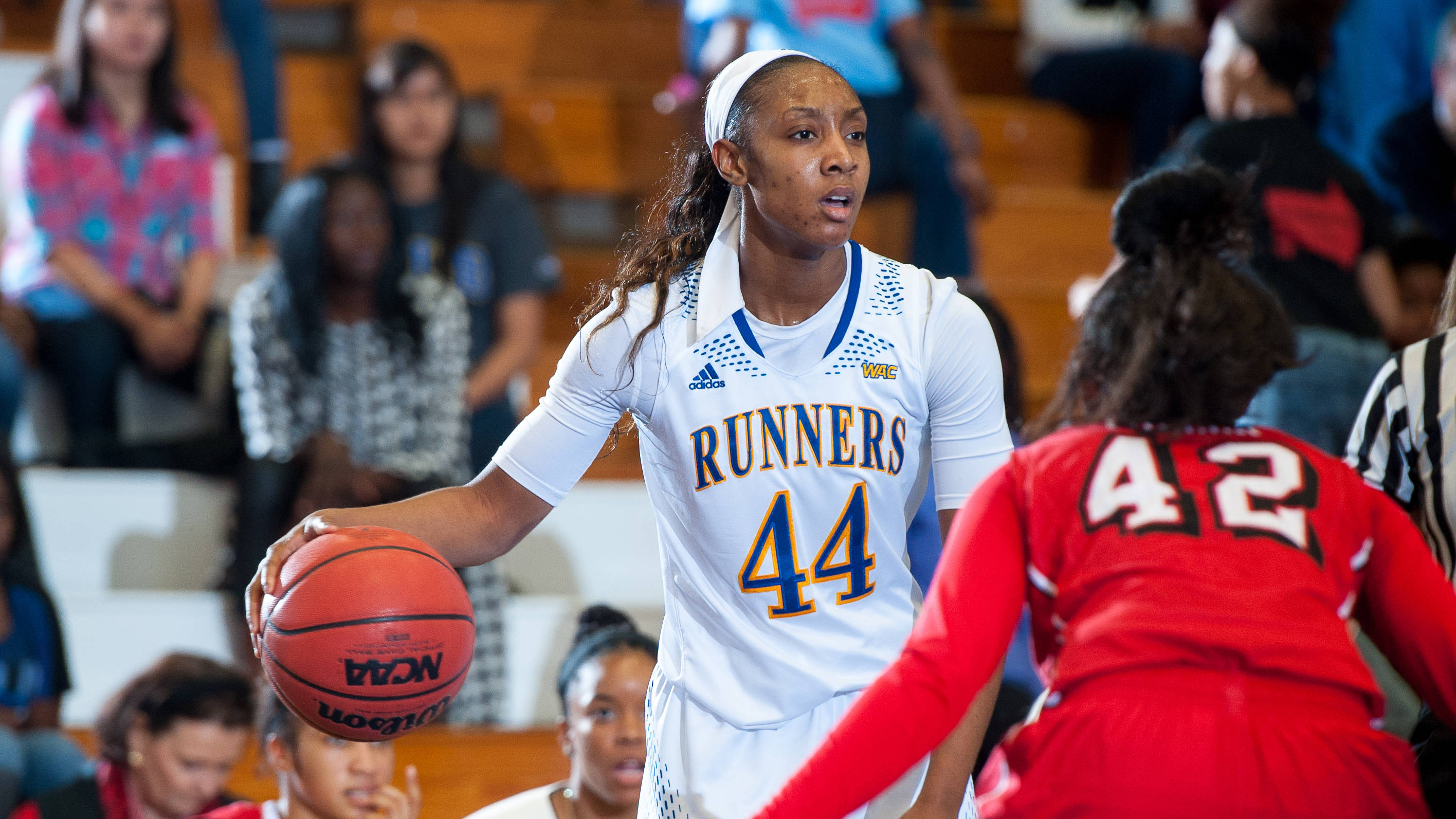