Lynwood, Calif. – Students will soon be graduating, so now comes the next step; getting a job. Nearly 700 students connected with employers and professionals from the financial, construction trades, government agencies, military and even the acting industry during Firebaugh High School’s inaugural job fair held in the gym on May 20.

In all more than 40 vendors showcased their industries and talked to students about what skills and education they needed for going into each field. Doctors, money managers, and even a consultant to the skateboard industry spent time with students.

“I wanted to tell the students there are other paths to success and even if they are not the top in the class,” said Bryan Ridgeway, a senior consultant at Start To Finish Consulting. “There are many professions out there for them.”

Ridgeway has worked in the skateboard industry for more than 20 years and managed skater Tony Hawk. His latest endeavor is consulting for a group bringing skateboarding to Afghanistan at a school called Skateistan.

For actor Donnell Turner, he wanted to tell students to be passionate about what they really wanted to do and good things would come.

“For me, especially in the beginning, I would take roles in independent films, student films, roles that wouldn’t even pay but would give me experience,” said Turner. “But I was able to build all these roles into a body of work to show for my next roles.” Turner has had numerous TV appearances including, CSI, 2 Broke Girls, Dexter and The Mindy Project.

The students were surprised to see the variety of options showcased at the event.

“This program gave me a new perspective on things, there are a lot of possibilities out there for me,” said Josh Castellanos-Ramos, an 18-year-old senior. “The diversity of the jobs and careers being offered here is cool.”

For the school, the day was to facilitate the employment process for its student and show them there are multiple avenues to stepping into a career.

“There are other alternatives to a four-year education, it’s ok to go to a two-year program and build a career,” said Allyce Edwards, career counselor at Firebaugh “The fire department is a classic example of a good career option. Some of the students felt a little discouraged that they were not accepted to the university of their choice but there are many options for them.”

For the District, it is providing its students with every advantage and opportunity.

‘We are so pleased that these vendors provide our students with opportunities to advance in strong, technical careers,” said Paul Gothold, Lynwood Unified Superintendent. “We continue to push our students so they are college and career ready and the amount of vendors at the fair shows that they believe in our students.”

The event introduced juniors and seniors to networking with leaders and start the career building process.

“We hope that the students take advantage of the fair so they see that they can do anything they would like to do when they graduate,” said Maria Lopez, President of the Board of Education. “This event puts our students directly in touch with the professionals that are already working in the industries and they can help the students get a foot in the door.”

Caption:
FHS Job Fair1: Bryan Ridgeway talks with students at Firebaugh High about the skateboard industry during the inaugural job fair at the school on Wednesday, May 20.

FHS Job Fair2: Students talk to professionals from the Los Angeles County Fire Department during the inaugural job fair at Firebaugh High on Wednesday, May 20. 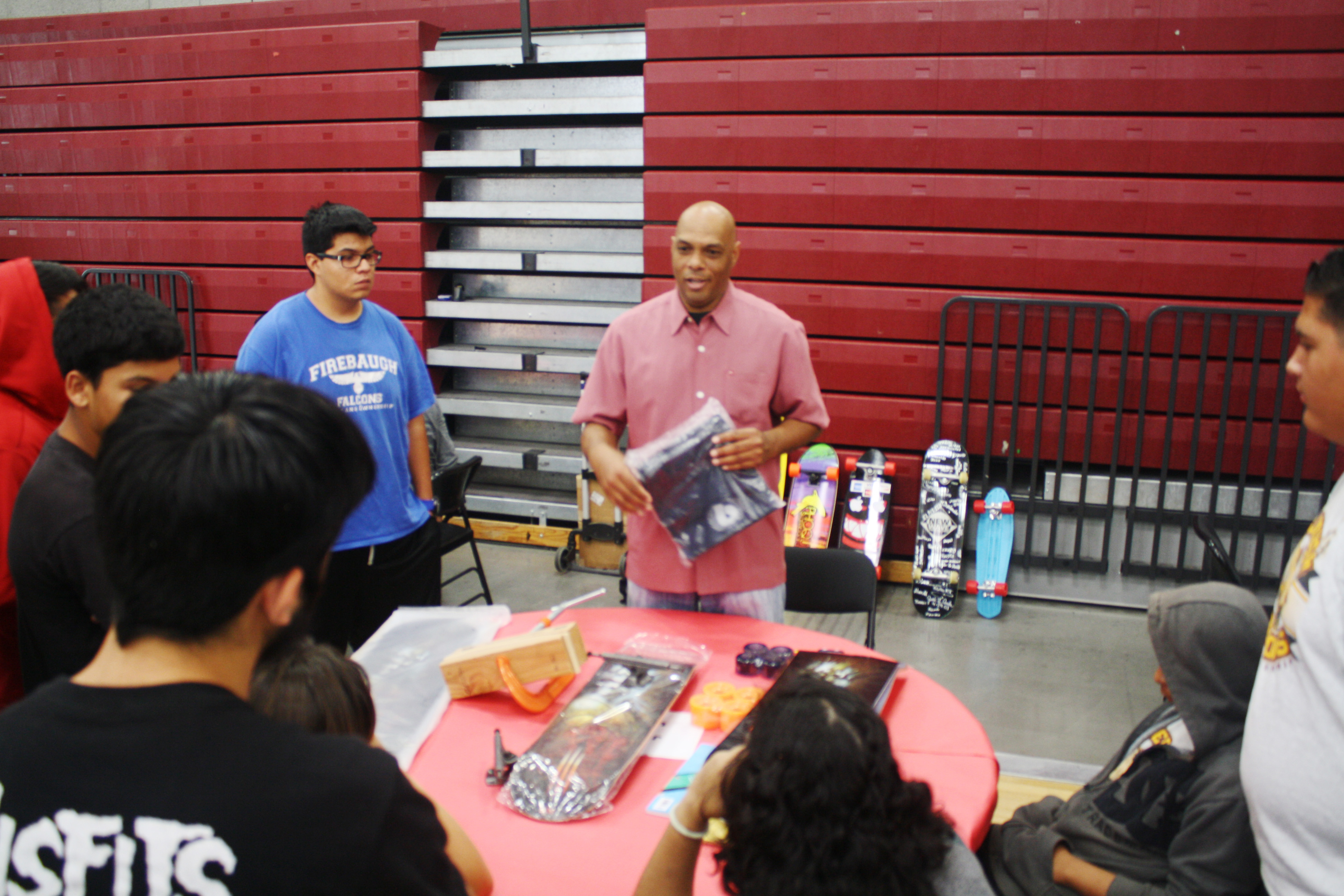 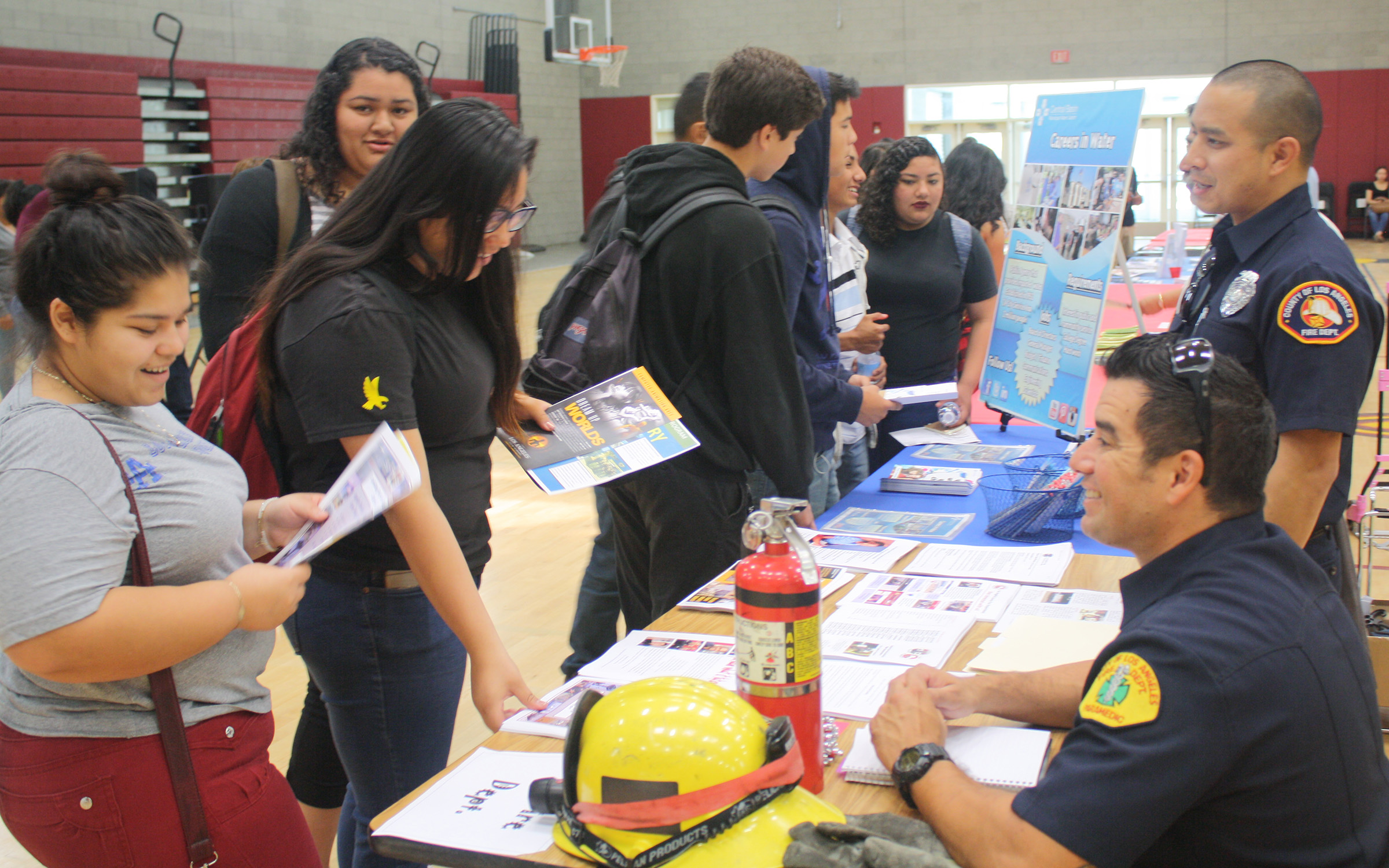 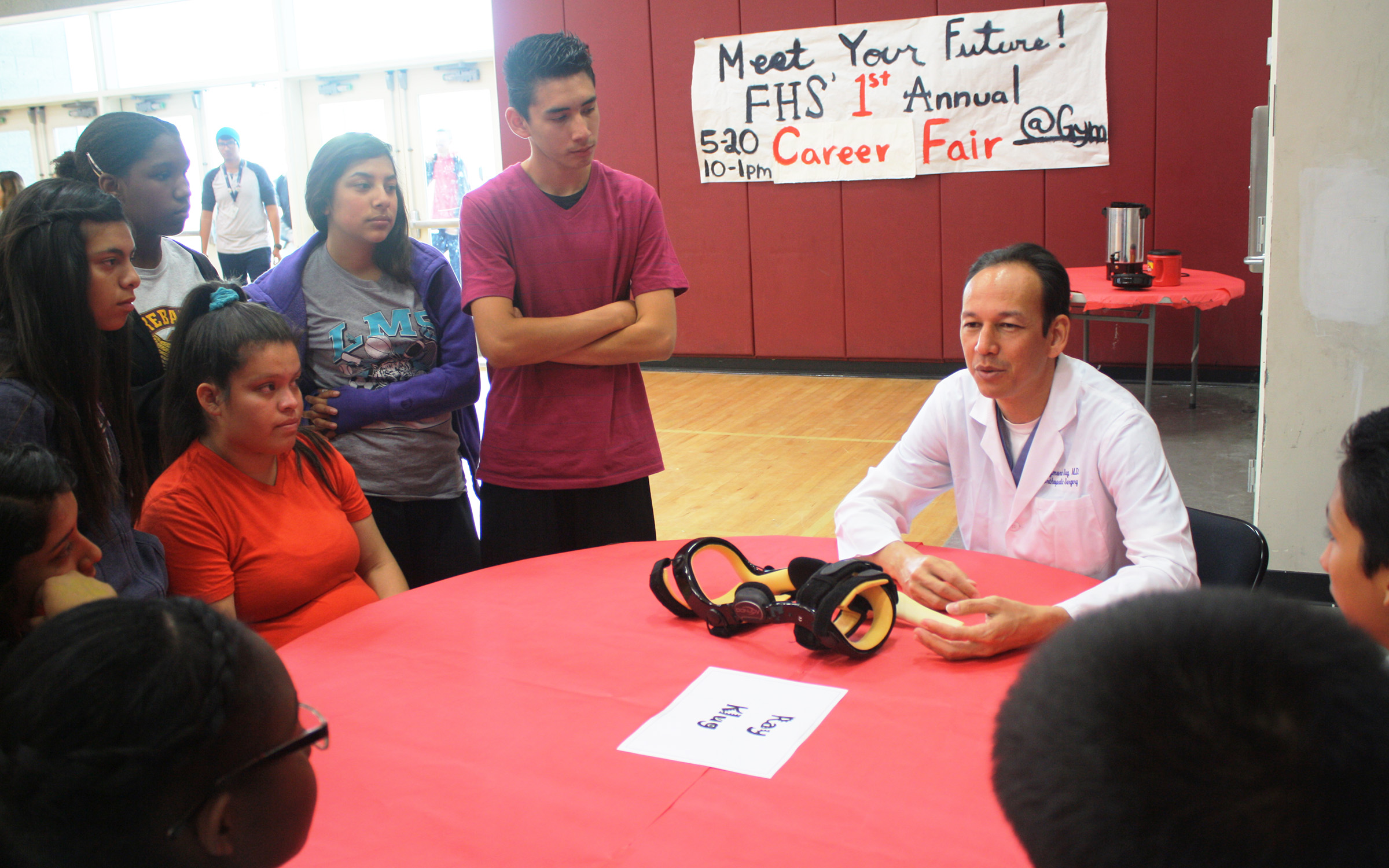