The students, who are in grades three through six, took part in 12-week Accessible Arts Workshops, a grant-funded program through Arts & Services for Disabled, Inc. The workshops provide an outlet for creative expression for individuals with a wide range of abilities, including those with special needs.

The students worked in two classrooms – one for grades three and four and one for grades four and five – in an inclusive and collaborative environment taught by arts teacher Robin Bott, who designed the class around California’s Visual and Performing Arts Standards.

“It was an amazing experience,” Bott said. “The students drove the entire effort – they chose the theme, developed ideas around the theme and then, when we meshed those ideas into the two mosaics, they installed the tiles to bring the murals to life.”

At the same time, the effort helped bring together students of different abilities, including students with special needs.

“It’s a really neat thing for the kids to work together on a project like this,” Bott said. “It doesn’t matter who you are. For one person to do this on their own, it’s a lot of work. But when you work together, you’re able to accomplish some pretty incredible things.”

The mosaics are the first in a series Bellflower Unified educators hope to create for District campuses. Already, a second class is hard at work on a second duo of mosaics for Woodruff Elementary, said Vickie Myers-Nichols, coordinator of Project APPLE.

Myers-Nichols said the Woodruff students are developing a theme based on their school’s mascot – the wolf. After drawing plans in late February and early March, students are to begin tile work in April. Work is expected to be finished in early June.

“Enrichment programs like those provided by Arts & Services for Disabled help take our afterschool programs to a higher level,” said Superintendent Dr. Brian Jacobs. “Not only do the students have an opportunity to express themselves through art, but they also are recipients of a strong message about valuing the strengths of all students in our community.”

Project APPLE leaders are seeking grant funding to extend the program into a second year. If the funds are received, two more workshops will be held at Ernie Pyle and Albert Baxter elementary schools.

Arts & Services for Disabled will showcase student work created at its Accessible Arts Workshops in an exhibition that opens at 3 p.m. May 9 at the Deneff Gallery, 3626 E. Pacific Coast Highway, Long Beach.

MURAL GROUP: Educators from Bellflower Unified School District, Washington Elementary and Project APPLE stand with the students and art teachers who created two mosaic murals for the school. The mosaics are themed “America the Beautiful” in honor of Washington’s mascots, The Patriots. Both are displayed at the school.

MURAL 34: This mural showing snow-capped mountains, soaring birds, a river and lush fields and fruit-laden trees was created by Washington Elementary third- and fourth-grade students in a Bellflower Unified School District afterschool program that brings together students of differing abilities to create art. The mural is one of two themed “America the Beautiful” in honor of Washington Elementary School’s mascots, The Patriots. Both are displayed at the school.

MURAL 56: This mural depicting America’s majestic mountains, amber fields and sparkling waters was created by Washington Elementary fourth- and fifth-grade students in a Bellflower Unified School District afterschool program that brings together students of differing abilities to create art. The mural is one of two themed “America the Beautiful” in honor of Washington Elementary School’s mascots, The Patriots. Both are displayed at the school. 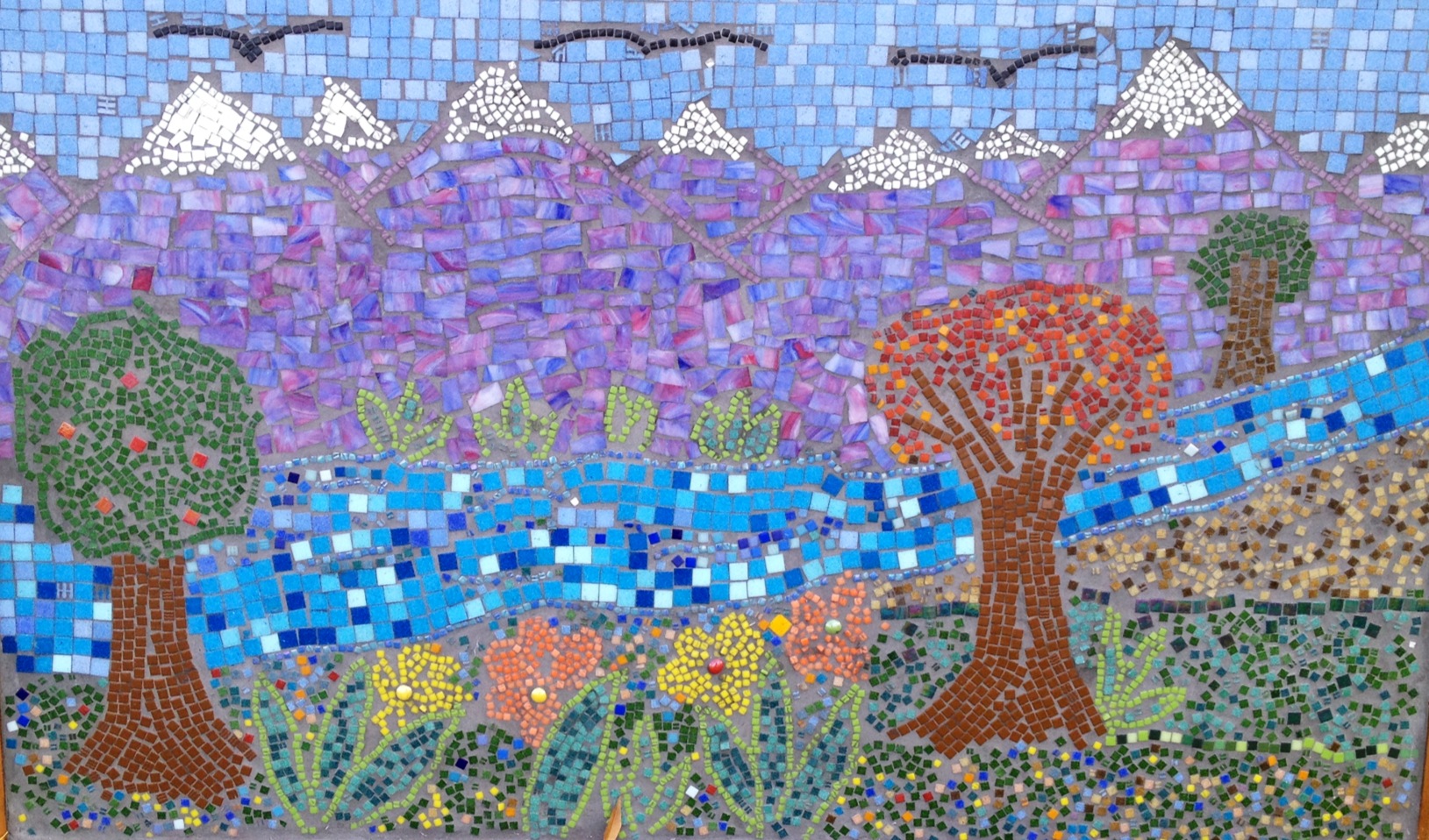 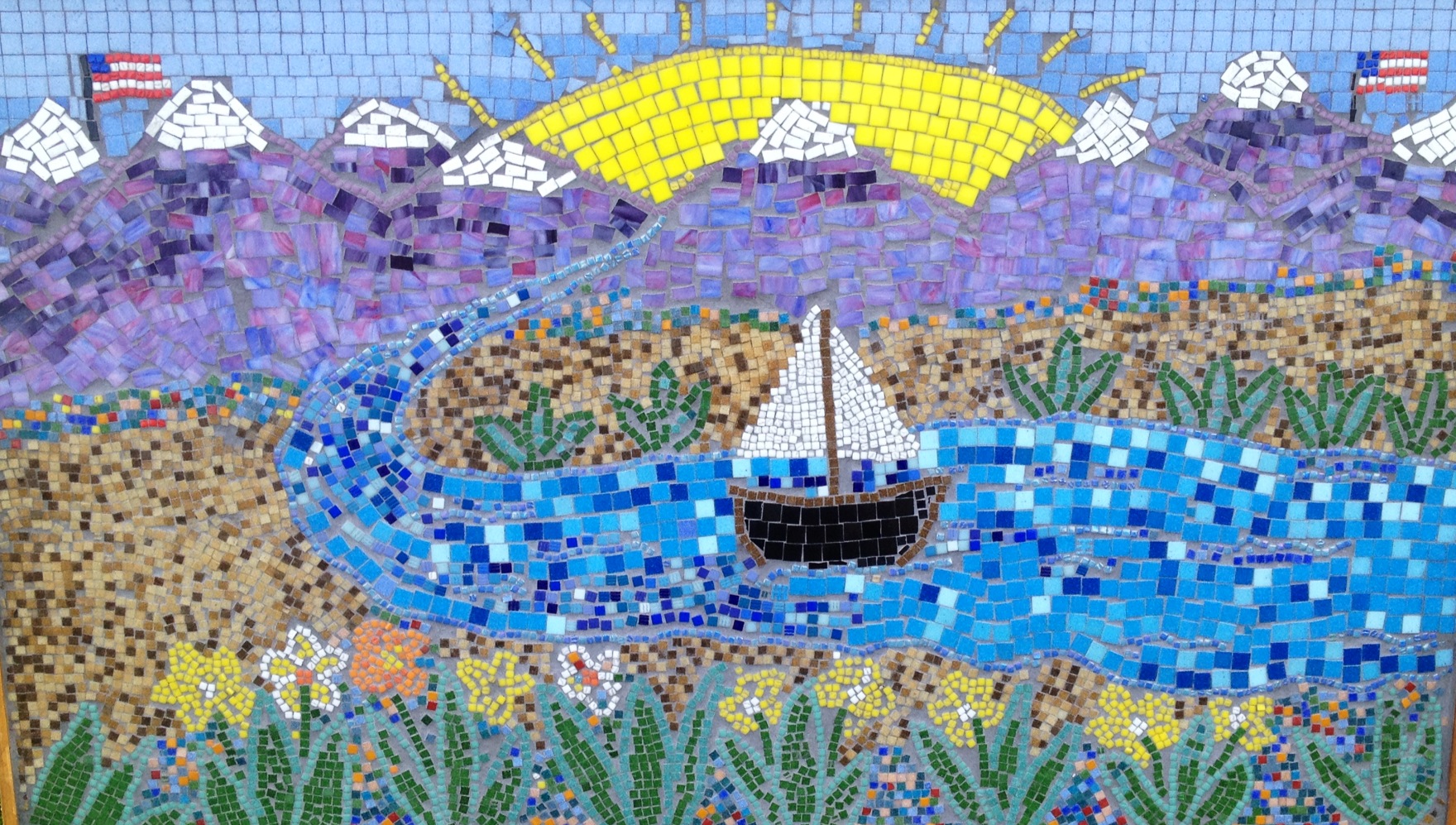