BELLFLOWER – State Supreme Court Chief Justice Tani Cantil-Sakauye praised Bellflower High School students for “thinking deeply about issues that affect all of us” on Tuesday as she presented the school with California’s highest honor for civic-learning programs, the Award of Excellence.

A panel of lawyers, judges and civic-learning experts chose Bellflower and two other schools for the award from more than 100 applicants based on the depth and breadth of their civic-learning courses and programs.

Bellflower High School’s civic-learning program, launched three years ago, engages students in real-world issues. Students frame inquiries into a community issue, investigate the issue, engage in dialogue and capture different points of view before drawing a conclusion they share with teachers and classmates.

Those projects lined the walls of Bellflower High’s gymnasium on Tuesday for the presentation ceremony, with the student creators from grades seven through 12 on hand to discuss their exploration of local issues.

Cantil-Sakauye, who launched the California Civic Learning Initiative four years ago with State Superintendent Tom Torlakson, talked to students about their projects before presenting the award.

She said critical thinking is key to maintaining democratic institutions.

“We need to teach young people to think critically and think deeply about others, like so many of these fantastic projects and the wonderful children I talked with today, who are thinking deeply about issues that affect all of us and affect their future generations.”

Garcia and Sanchez presented the school with recognitions for its achievements.

“Civic engagement is something we all feel is important, but isn’t always communicated to the next generation of young adults who will be our nation’s leaders in the future. So it gives me an extraordinary amount of pride to be invited to celebrate with you,” Sanchez said.

The event included comments by Bellflower High School senior Stephanie Larios, who told how she sparked interest in the democratic process among members of her own family.

“Voting impacts everyone and everything. It impacts our education, economy and independence,” Larios said. “Many of us are unaware of the impact we can have on our own lives. … With my civics education here at Bellflower, I have learned how to become part of the solution.”

“Here, in tiny little Bellflower, BUSD is strong and truly has hit the Standard of Excellence, Nothing Less,” Jacobs said.

CIVIC_4-6: Students wore sandwich boards and posterboards to invite guests at the April 5 award presentation to ask about their civic engagement projects. Other students stood by presentation boards to walk guests through their investigation of community issues. 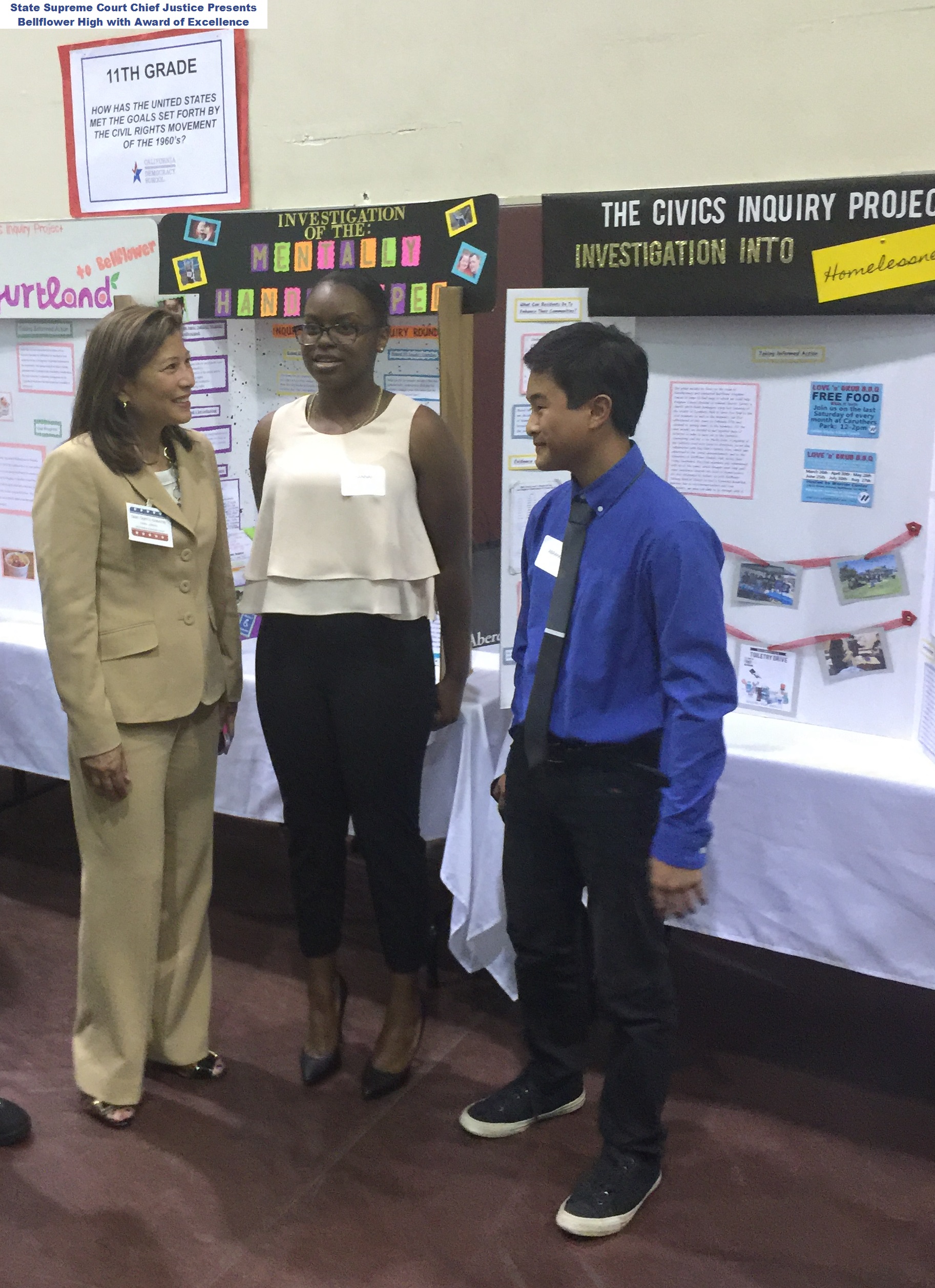 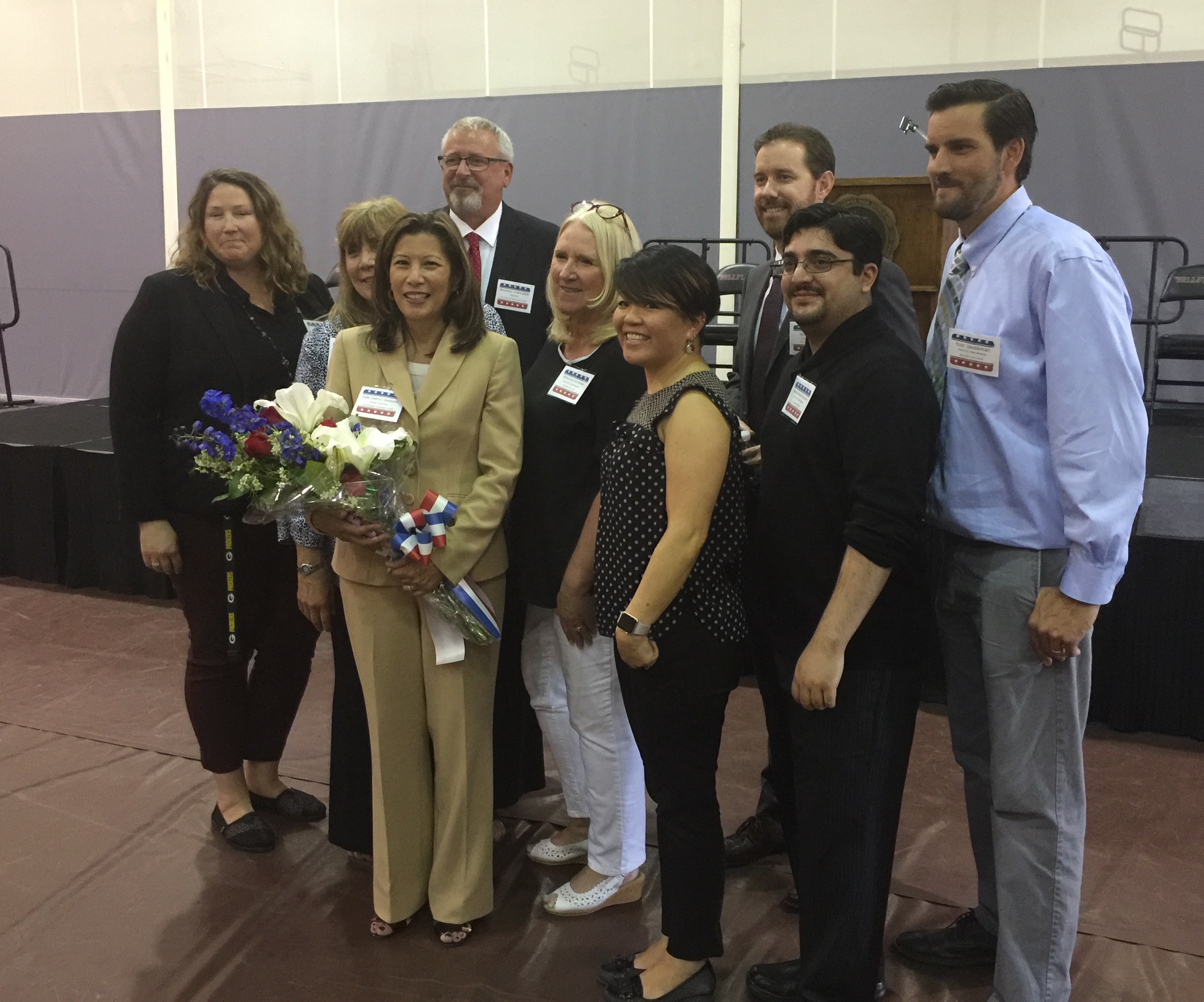 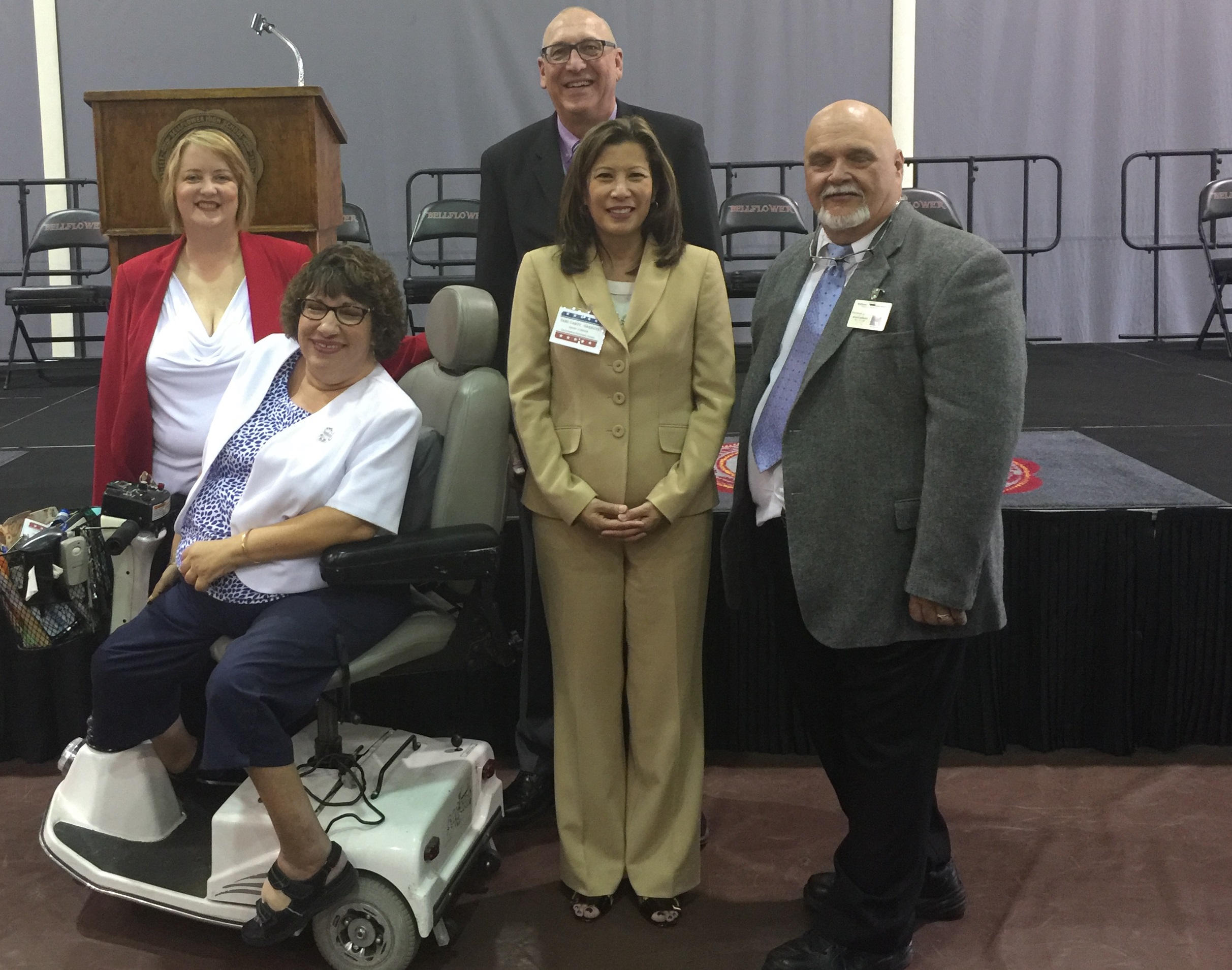 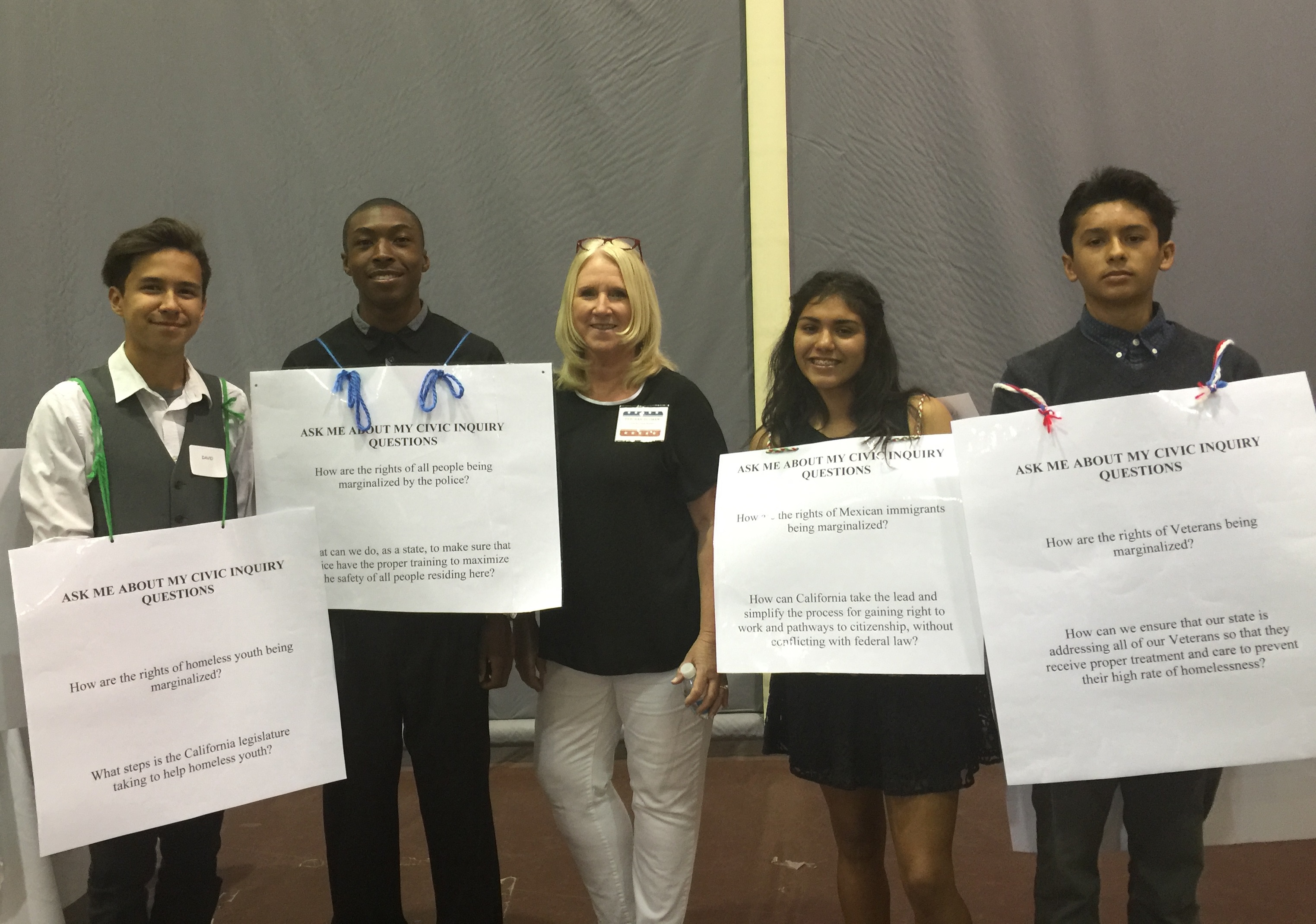 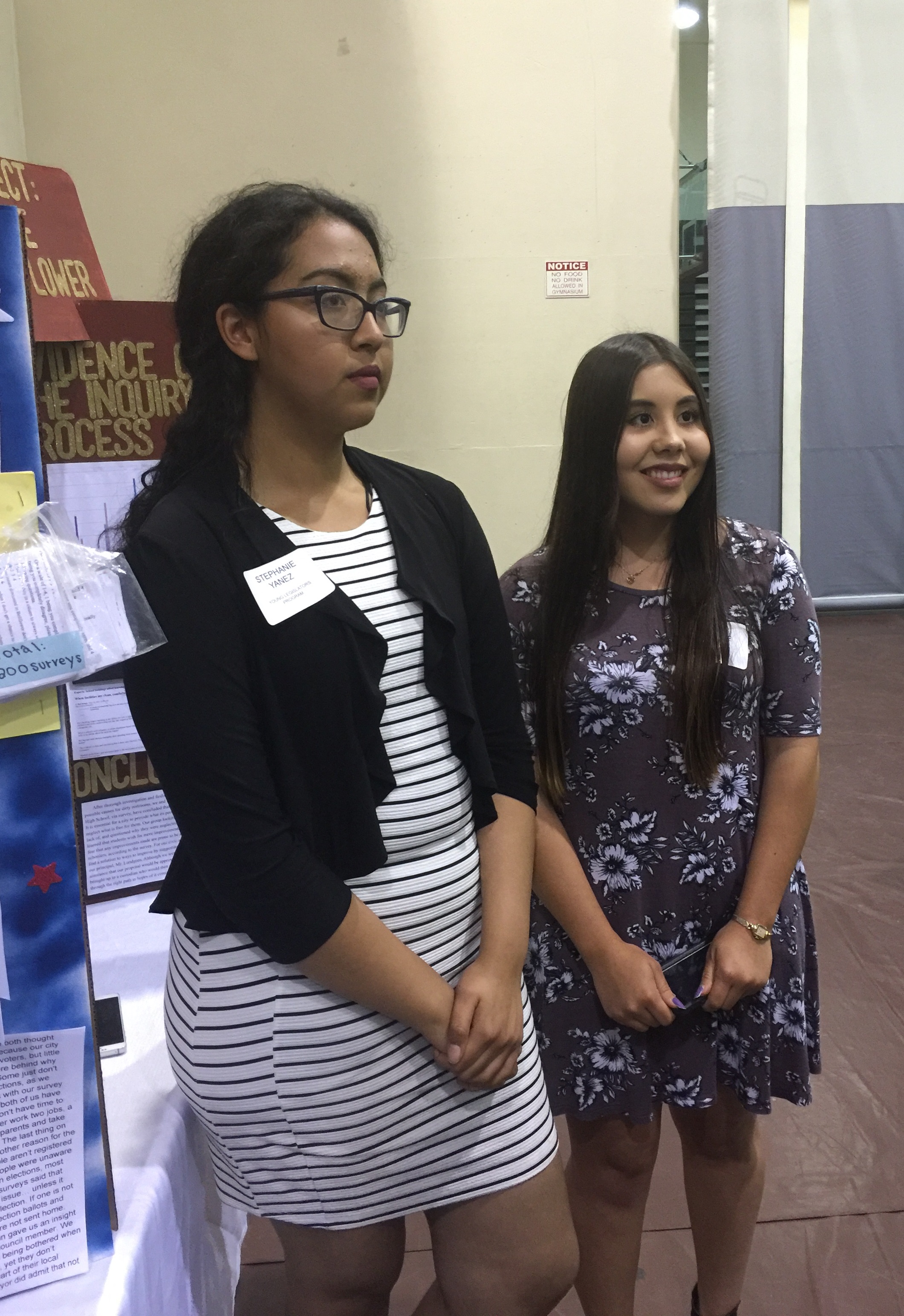 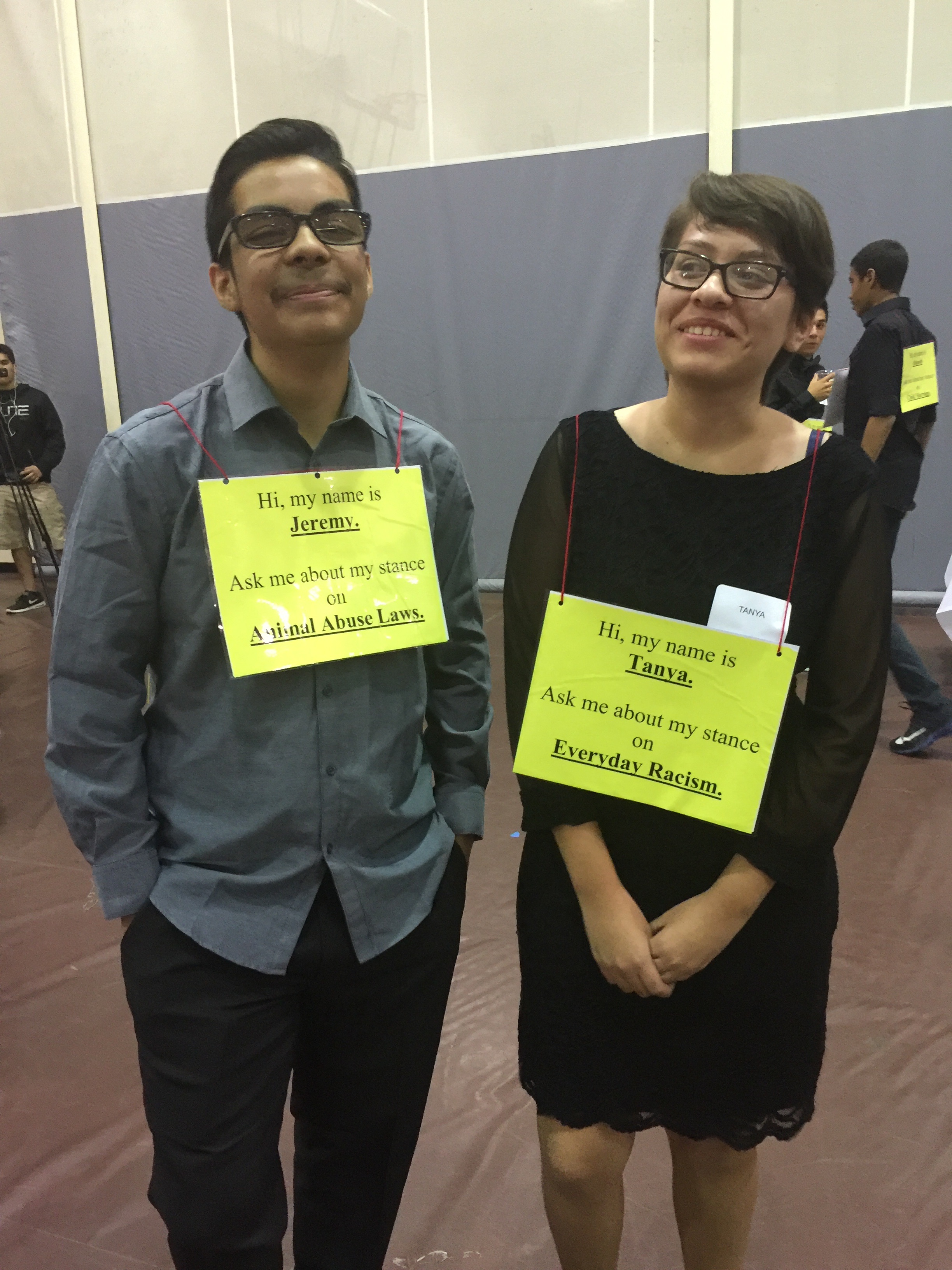 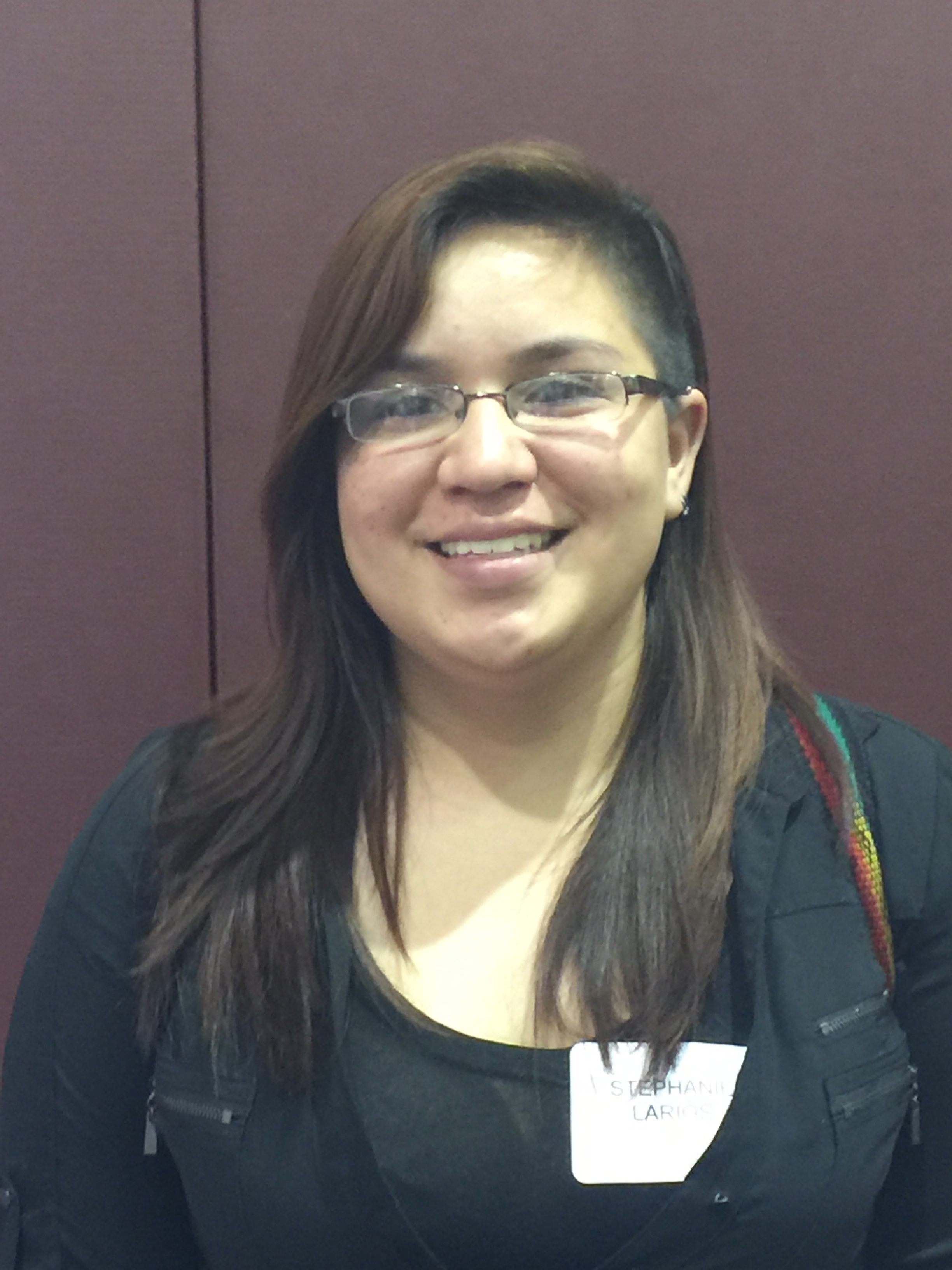