After appraising cuisine from nearly a dozen food vendors, the students completed a survey, rating their samples on a scale of one-to-five, while indicating their preference on whether the food item should be added to the District lunch menu for 2017-18.

“Azusa students provide insightful and positive feedback on what they want to eat, which allows the District to deliver nutritious USDA-approved lunches that will also be popular,” AUSD Director of Nutrition Services Stella Ndahura said. “The student surveys will greatly inform menu choices and ensure that we will be able to provide every student a healthy lunch for the entire school year.”

Slauson students showed great enthusiasm for an attractively packaged frozen juice drink made of real fruit, which will count as a required half-cup serving of fruit. For students who preferred real fruit, a farmer’s market-like station offered fresh oranges, apples and grapes.

“I love this!” Slauson sixth-grader Angelica Morales said. “The taste is so good. It feels like heaven!”

In past years, Azusa students have indicated their preference for spicier foods like tamales and pupusas, as well as a wider variety of poultry dishes, and many vendors offered variations of these meals, like a chicken sriracha taquito or a spicy breaded chicken patty.

“The taste testing is very popular among students because it gives them ownership of what they eat,” Slauson sixth-grade science and STEM teacher David Hartman said. “The surveys show they want something nutritious that is also easy, like a grab-and-go burrito or fruit juice pouch.”

“Nutritious meals greatly enhance a student’s academic performance, and when Azusa students have an opportunity to choose what type of healthy food they consume, it creates a positive campus environment,” AUSD Superintendent Dr. Linda Kaminski said. “The taste-testing is fun for the students and a valuable resource for District administrators.” 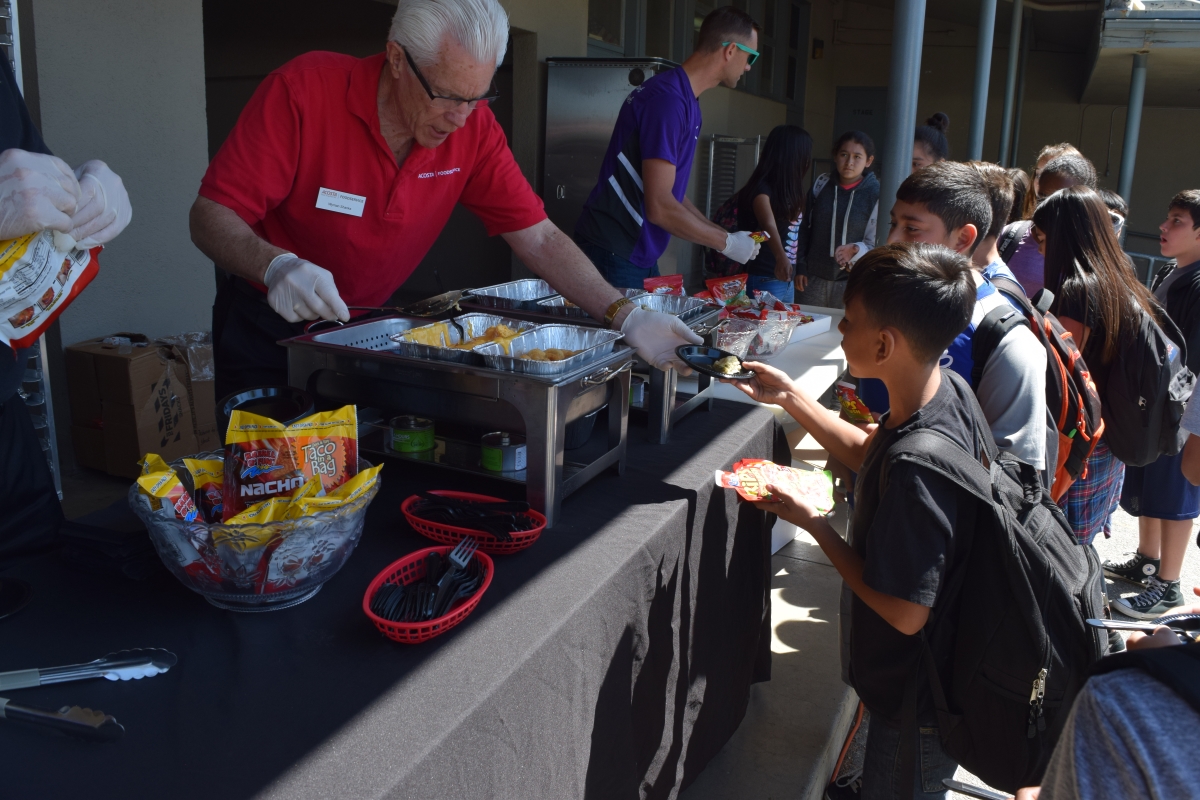