POMONA, Calif. – Vietnam Veteran Bob Wieland has been fighting the odds ever since the fateful day in June 1969 when he was pronounced dead after a landmine he stepped on exploded as he tried to save a fellow soldier. Miraculously, he was resuscitated, though he lost both his legs.

For more than three decades, he has shared the compelling journey that led him to break world records in strength competitions, complete and finish marathons and walk across America on his hands. On Dec. 10, he continued to inspire as he told his story to hundreds of Garey High School students at an assembly, followed by a daylong round of visits to individual classrooms.

“The smallest deed done is far better than the greatest intentions,” Wieland said to students from his wheelchair in the middle of the Garey High gym. “Put your whole heart into everything and don’t ever let somebody else goof up your dream.”

Wieland was greeted with a warm welcome from the school’s U.S. Army Junior Reserve Officers’ Training Corps, who saluted him, along with Garey High’s cheer team and band. The national anthem and flag salute kicked off the event.

“I can’t wait to see how his words will impact our students moving forward,” said Garey High Principal Stacey Wilkins. “It was such an honor for our school to have the opportunity to hear the words of wisdom spoken from Mr. Wieland.”

“It meant a lot,” Garey High freshman Jonathan Lopez said. “For kids who feel like quitting, this was really inspirational. It’s inspired me to do my best and just be thankful for everything I have.”

Other students said the talk showed them how important it is to set their own goals and not allow others to set them for them.

“I think that some students are used to some people in the community, and even their parents not expecting much of them,” said Karely Lozano, a Garey High senior. “This really shows them that they can do whatever they want to do in life.” 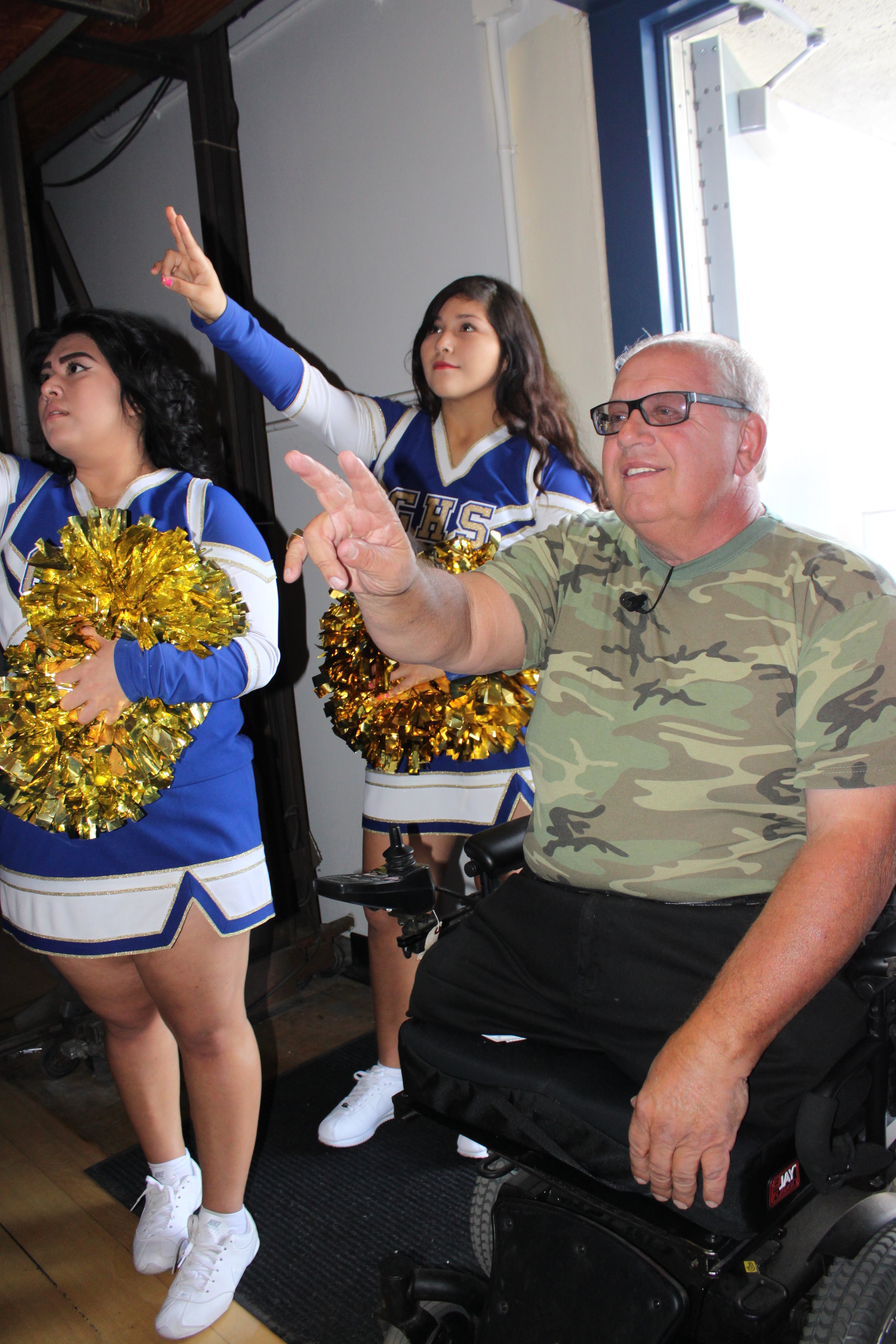 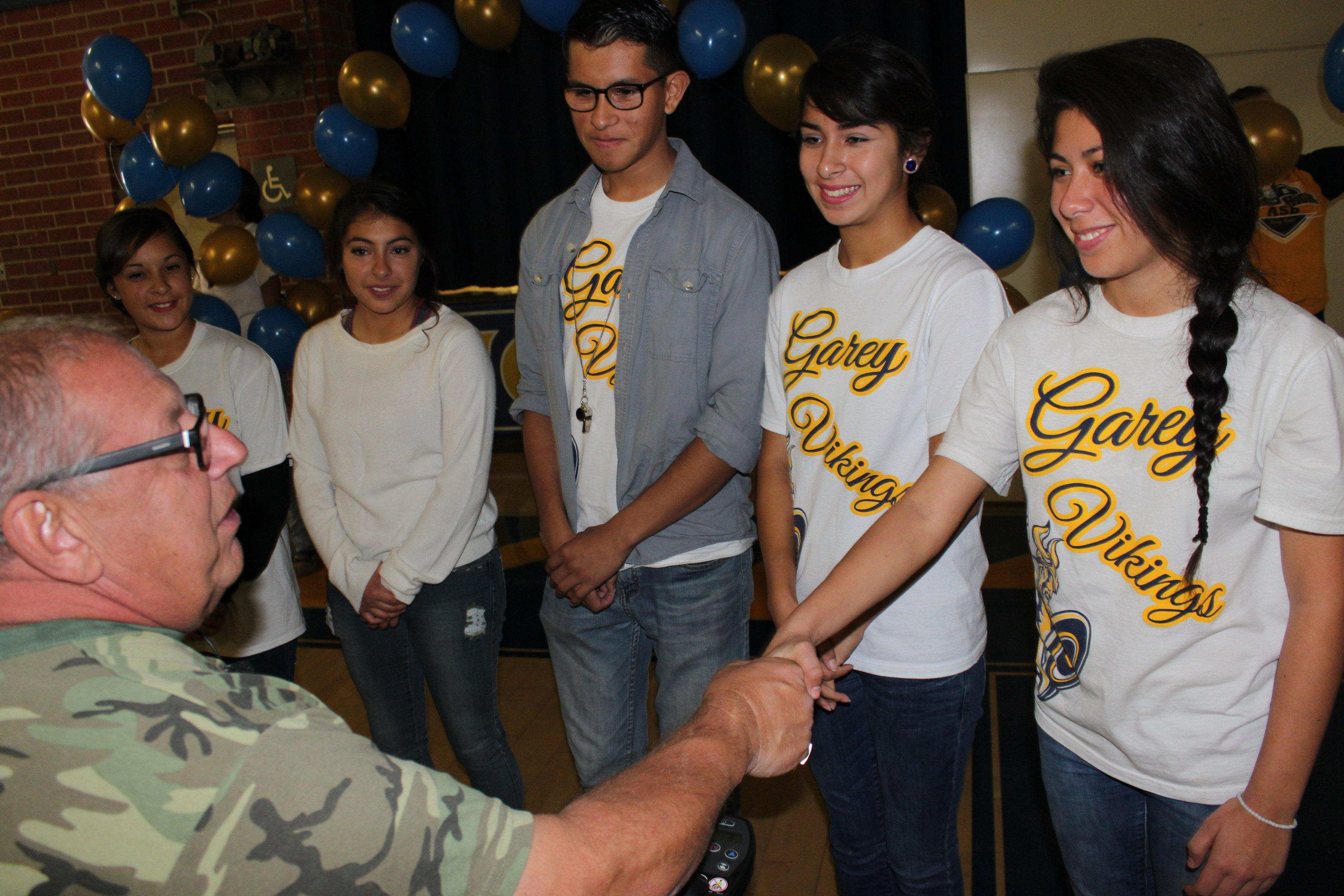