WHITTIER, CA – Even before starting La Serna High School, student Tim Nguyen always relished the idea of being an innovator on campus and a model student to his peers.

Described as inquisitive, thoughtful, hard-working and friendly, Tim, now a senior, constantly meets his goal of challenging himself with new projects and ideas, including establishing clubs and teaching, all while earning a 4.5 GPA and a near perfect score of 2390 on the SAT.

He was recently recognized by the Whittier Union High School District Board of Trustees for academic accomplishments.

“He has successfully completed the most rigorous courses La Serna offers and is taking a series of college courses in language, writing and advanced math,” Principal Ann Fitzgerald. “Tim is an incredible young man who will leave a lasting imprint on La Serna High School.”

The aspiring software engineer, who plans to attend Caltech after graduating, said the academic programs and extracurricular activities he participates in provide him with real-world challenges.

“It has always my goal to take advantage of all the learning experiences this school has to offer, and the opportunities available at La Serna have really helped me build my knowledge and pursue my passions.”

Tim helped found La Serna’s Math Club before beginning his freshman year, when he asked math teacher Dan Dupont to be the adviser. The 4-year-old club now competes in the American Mathematics Competition, a series of nationally syndicated math contests.

“Tim comes prepared each Wednesday to club meetings with practice problems of various levels to challenge club members in preparation of this year’s test,” Dupont said. “Before the time is up, he makes sure to give an energetic explanation of the problems, taking extreme pleasure to go through the difficult ones.”

In addition to being the president of the Math Club, Tim’s extraordinary list of accomplishments include being a three-year varsity tennis team member; one of the original members of the Academic Decathlon Team; and president of the California Scholarship Federation.

Tim is also president of the La Serna Entourage Club, which assists with backstage work and school assemblies, and founder of the Computer Science Club, where he teaches students and the group’s adviser programming languages.

“Computer science to me is like a clock, having lots of pieces that are, with careful calculation and premeditation, somehow put together,” Tim said. “I often think of things in their individual pieces and marvel at how they meticulously work together into a whole. And so I want to feel the immense satisfaction a clockmaker feels when he sits back and finally sees all the parts working together.”

In addition to his academic accomplishments, Tim is a gifted pianist, a church volunteer and researcher. He has also volunteers in laboratories at UCLA.

He enjoys writing and has been working on a novel over the past five years – in his free time. 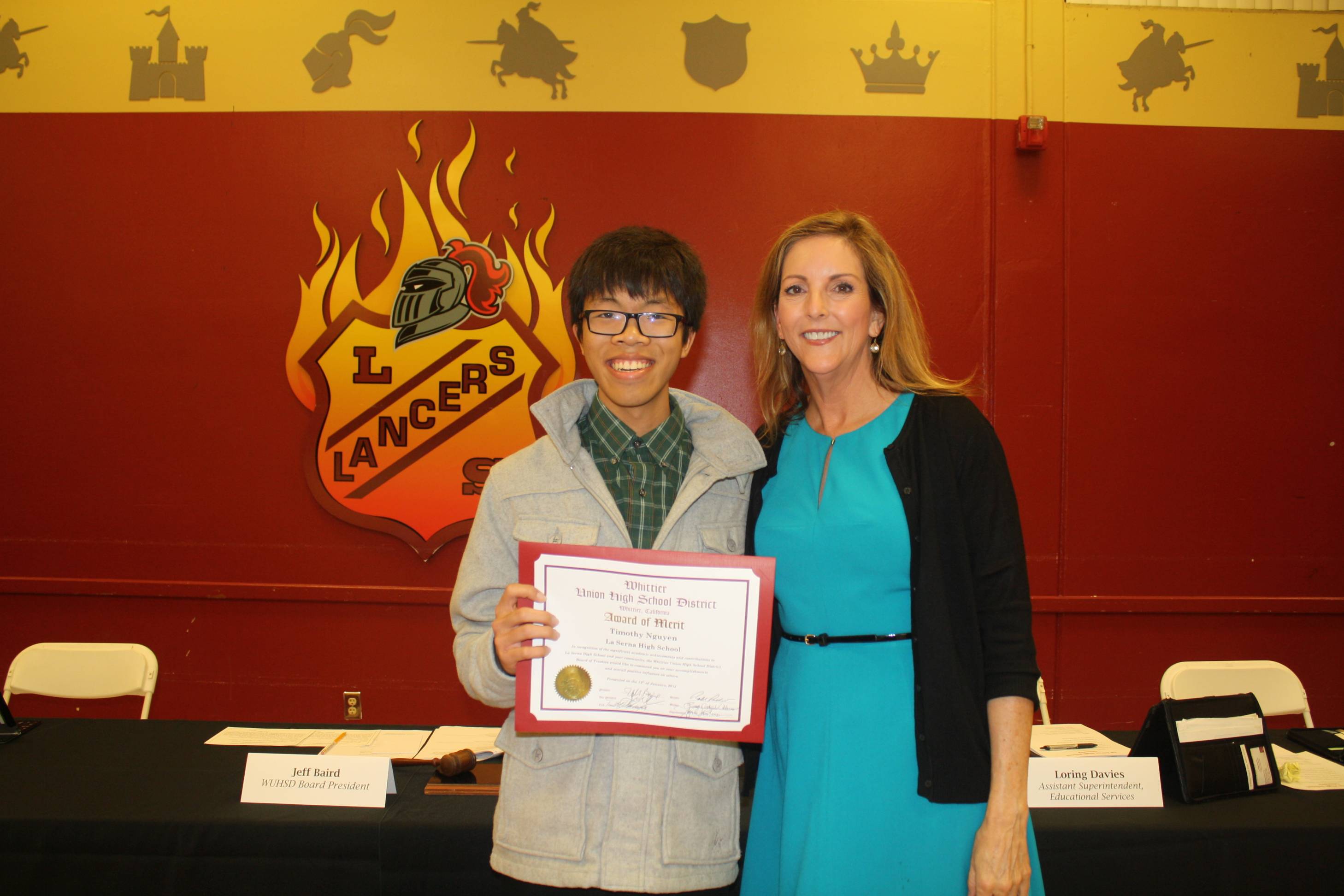